Alonzo King, the Founder and Artistic Director of LINES Ballet, is an internationally renowned, award-winning choreographer. In September 2020, he was named one of five honorees of the Dance Magazine Awards, which recognize innovation and artistic excellence in the field of dance. Past winners have included Agnes de Mille, Alvin Ailey, Twyla Tharp and Yuan Yuan Tan.

King has been called a visionary, altering the way we look at ballet. King calls his works “thought structures” created by the manipulation of energies that exist in matter through laws, which govern the shapes and movement directions of everything that exists. Named as a choreographer with “astonishing originality” by the New York Times, LINES Ballet has been guided by his unique artistic vision since 1982.

King gave the keynote address at the all-virtual ITVS Independent Film Summit in Summer 2020. During this time of great upheaval, he spoke of connection and light as they relate to both art-making, and to the world at large. King was introduced by Emelie Mahdavian, an ITVS funded producer, dancer, filmmaker, and humanity scholar who produced, wrote and edited the ITVS-supported feature Midnight Traveler, which won a Peabody and was nominated for an Emmy and Gotham award for best documentary.

The following is an edited version of King's powerful presentation.

Emilie Mahdavian: Alonzo King is one of my favorite artists and someone who I feel like is really a voice for all of us to listen to in these really strange times. I often wonder, what is it that master artists have that guides their inner vision? To me, dance and filmmaking actually have a lot in common. They are both collaborative. They both rely on that feel for rhythm and pace, for structure, for energy and direction and an understanding of space, and in both forms, art-making process often feels intuitive, spiritual, and really special in that creative space. If you're finding yourself kind of despairing of our current situation or wondering where art-making can fit in your desire to see change in the world, then his is a voice that I think you have to listen to.

We are all makers and doers, and the best making and doing is done with art. If the "making and doing" is poorly done and made, it's minus art, and there was another choice as a priority.

Art is the knowledge of how things are done. That's the basics. In its most sublime achievement, it is the melting of the individual into the universal. 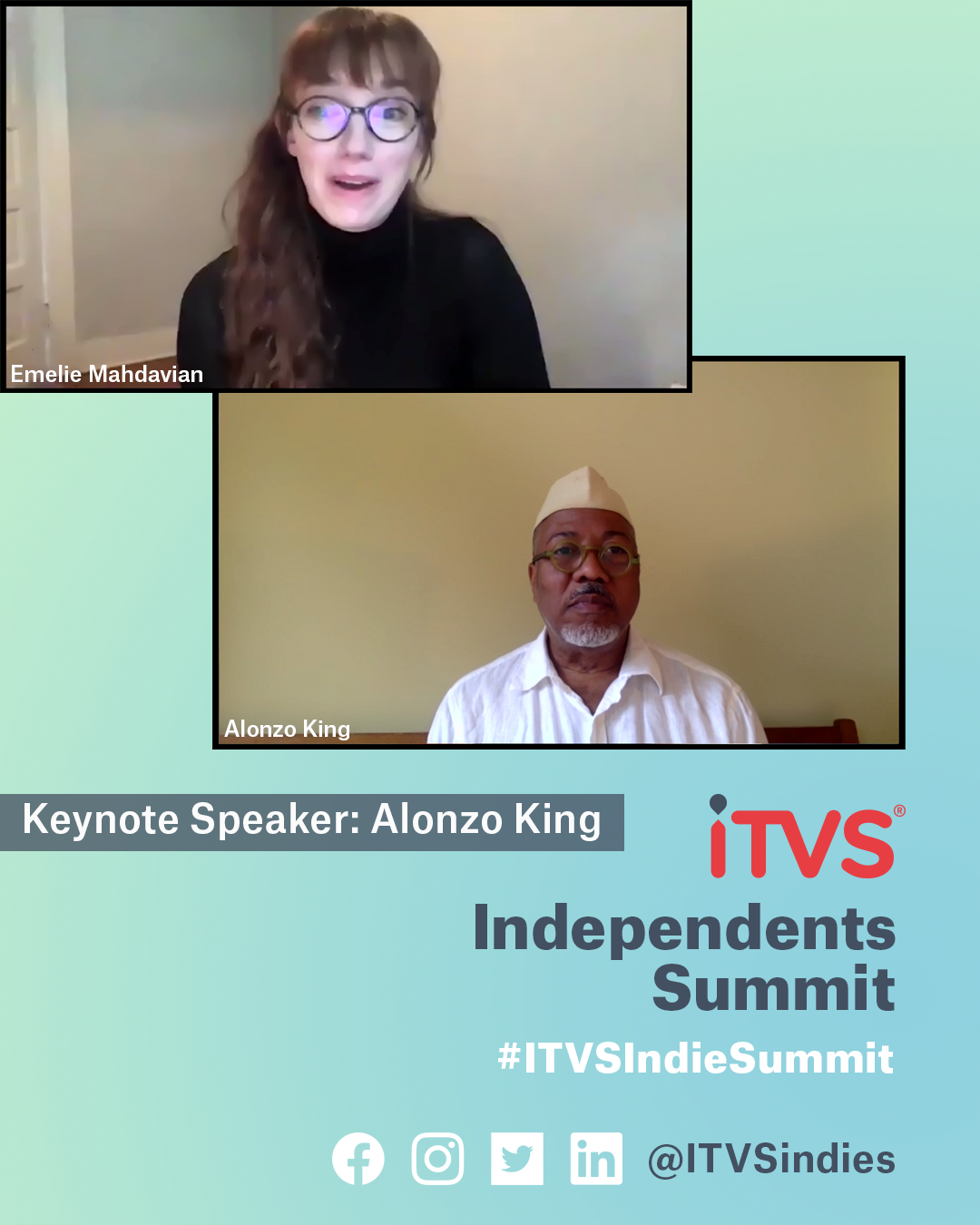 There's a quote I love by Emerson who says (paraphrasing) that “the aim of art is higher than art itself,” meaning that the practice and the vision that's required in art-making transforms the human being. It is an elimination process getting rid of dross and what's unnecessary so that the painting, the novel, the choreography, the film: is luminous, and he is applying that to us as human beings, recognizing that we, each one of us, is a masterpiece that has to be uncovered. It already exists. It just has to be uncovered, and uncovering means our own recognition of what we are, who and what we truly are.

"The light is within ourselves. Every single human being has light."

We want to bring light, and where is there light? The light is within ourselves. Every single human being has light.

In creation, light is everything. When you get to the point where you have a lighting designer in a creation, oftentimes they might want to come and put a mood or underscore an idea, and you have the choice to say, no, I would like light to just be a witness, whether there is great harm occurring or whether there is the boon and beneficence of goodness occurring, I want the light to just watch, to be a witness.

Light is everything. Finer and faster than light is thought.

The world of thought is everything. And what we're thinking is a really big deal. So the work begins. How do we get back to being our original selves? How do we access that place within? Outer space is not the final frontier. It never has been. It's inner space, because we are microcosms of the macrocosm.

In terms of thoughts [for artists], there's thoughts like, "I'm weak, I'm lazy, I'm not talented, I'm not original, I won't be funded"— this weakness, that flaw. You have to stop thinking that way. It's a big deal for humans, for artists, because that thinking works, it will destroy you.

Thought is very powerful. And so when that thinking happens, the first thing is to recognize it and observe it. And then stop it by replacing with the opposite thoughts.

I'm filled with ability. I have unlimited possibility, uncircumferenced. Remember the first question? "Who am I? Who am I that wants to give?"

And also, who's doing that ridiculous talking? That's not me. That's not who I am.

It's dangerous because it chips away at your love, and it's important to be in love. I'm not talking about romantic fantasy. I'm talking about love generating, and it's closer to the idea of service, and when we feel dry, as we can, wanting to love is love.

The idea of success…It has to involve the happiness and success of others, and it has to—there has to be some joy in your life, and if that's missing, regardless of what you've acquired, something's not working.

And it has to be determined by what you define success as. No one else can tell you what that is, but I will say that success is in the mind. Often people will say, well, if I had this amount of money, if I had met that person, if this had been an alternate situation... No. Success is how you think. What is in that mind and what is being churned by your thoughts to draw what you need, to you.

It's how you think.

I heard a quote, a beautiful quote about two weeks ago that said success is going from failure to failure without loss of enthusiasm.

Success is going from failure to failure without loss of enthusiasm.

We have to call upon our will power.

And so that means that on planet earth a body is minuscule when you consider the galaxies, when you consider the cosmos. It's nothing -- I mean, it is absolutely nothing, but on the inside of that little nothing there is a vastness. There is a huge vastness, and that vastness has to be investigated and uncovered. The world as we know it right now is in an uproar. It is absolutely insane. Yet it is an opportunity to be still, to be still and to listen to what we didn't have time to listen to before, and what is that? What is inside of us.

There's something going on that isn't verbalized much, and certainly not in mainstream media. We are moving into a higher age, and all the dross and gravity of the lower age is fighting like hell to hang on, and it has to go. It's putting up a ferocious fight and will be 'til the end, but we have to move ahead in our evolutionary development.