Last week, Juli Vizza was one of eleven filmmakers who gathered in ITVS’s San Francisco headquarters to attend the latest round of producer orientation for Open Call funding. 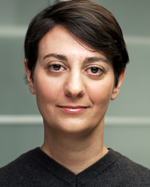 A crash course in the public television system. That’s how I would describe the week-long orientation with ITVS. In most cases, if you’ve ever had a film financed and distributed through a network or studio then you know you are mostly on your own. There is the thrill of knowing you will be able to make the movie you’ve been dreaming to produce and then there is the reality of making it happen under the vigilant bottom-line watchdog that is the studio system.

From day one you are introduced into the family of ITVS. The warm welcome, which isn’t often the case for San Francisco in July, begins when you walk in the door. On the first night the reception isn’t about the food, or the free drinks at the bar, but the genuine appreciation and excitement for your project. Each film is introduced by two members of the ITVS staff who tell the audience of other filmmakers a little about you and your project. There is a true sense that your film has made it and they are honored to be a part of its success.

On the second day, you might be unprepared for the onslaught of information coming your way. The sessions on day two are less about taking notes on how the system works and more of an introduction to the supporting team working on your film at ITVS. Of course, by the afternoon, you might begin to slump over your encyclopedic handbook and wonder how much time is actually spent on making PowerPoint presentations versus making the actual movies. But they’ve obviously been through this before and are doing their best to get you acquainted with the system. 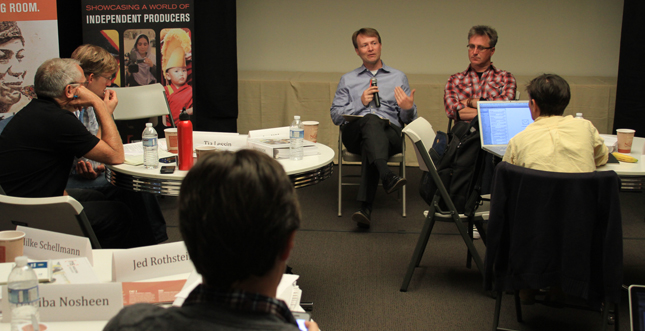 Pancakes are delicious and might not be what you would expect for breakfast on the morning of the third day of orientation. I’m guessing ITVS has had some feedback in the past to make their breakfasts more exciting and less crunchy with granola and yogurt. The only problem with the delicious fluffy battered goodness on a busy day of meetings is the sugar crash that comes at around 11am. Maybe they planned it so that when it came time for the contract questions and the budget talk they had us where they wanted us. All kidding aside, I mean, they couldn’t have been nicer or more accommodating.

By day four, you should be handed a diploma for having made it through all of the presentations. But on this day, you actually get to interact with the different departments and begin the one-on-one relationship you will have throughout the life of your film at ITVS. The room looked like grown adults ready for their afternoon nap by 10am. We were all exhausted.  But here I was, with my film, talking to the people who are going to help me realize it and get it to a broadcast. It’s a well-oiled machine. They’ve been through it many a times over the past 20 years. And they do a great job at trying to cram in all of the information in a very short period of time. I’m proud to have my film funded by ITVS. I couldn’t think of a better place.