Which holidays are you celebrating this December: Hanukkah, Christmas, Kwanzaa, and New Year’s Eve? Add another to the list because today is Human Rights Day. On December 10, 1948, the United Nations adopted the Universal Declaration of Human Rights, and the UN now honors it annually. This year’s theme is the right to speak up in public life and politics. 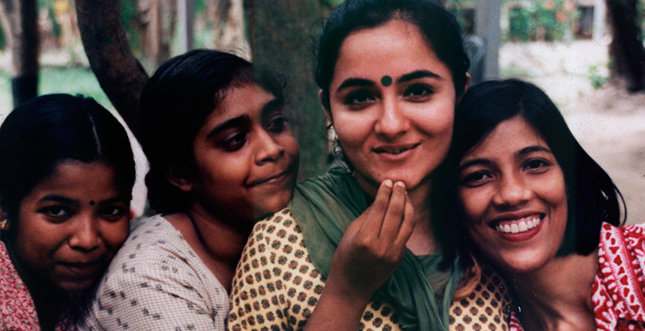 Still from The Day My God Died

Celebrate Human Rights Day by catching up on these excellent ITVS-funded documentaries about human rights:

Chinese artist and political dissident Ai Weiwei gives human rights violations the middle finger wherever he goes. This documentary by first-time director Alison Klayman follows Weiwei intimately as he tells his mother not to worry for his safety, rears his son and his 40 cats, flips his signature hand gesture, and raises hell for the Chinese government through social media. Blending humor with grave issues, Ai Weiwei: Never Sorry appeared in the 2012 Human Rights Watch Film Festival. It spotlights Ai Weiwei’s work, such as The Sichuan Earthquake Names Project that used crowdsourcing to gather the names of Sichuan students who died during the earthquake in a shoddy school building. After Ai Weiwei posted more than 5,000 of those names on his blog Sina.com, the website was shut down by the government.

2. The Invisible War by Kirby Dick

Let’s not forget human rights issues in the United States. The Invisible War uncovers the hidden epidemic of rape within the U.S. military using a tone of fiery indignation and emotional stories from victims. The facts presented are startling: Female soldiers in combat zones are more likely to be raped by a fellow soldier than killed by enemy fire. One in five active-duty female soldiers are sexually assaulted. In 2011, the Department of Defense reported 22,800 violent sex crimes in the military.

3. Pushing the Elephant by Beth Davenport and Elizabeth Mandel

In the 1990s, Rose Mapendo was separated from her 4-year old daughter, Nangabire, during the violence that besieged the Democratic Republic of Congo. Her family was imprisoned in the ethnic rifts that pitted the Tutsis, Hutus, and other Congolese against each other. Since emerging from imprisonment, Mapendo has served as an advocate and activist for Congolese refugees in Phoenix, Arizona. In this captivating film, Mapendo reunites with her daughter Nangabire for the first time.

4. Half the Sky: Turning Oppression into Opportunity for Women Worldwide by Maro Chermayeff

This comprehensive and star-studded four-hour documentary catalogues gender-based human rights issues around the world. Based on the book Half the Sky by Nicholas Kristof and Sheryl WuDunn, the Half the Sky transmedia project dissects the causes of sex trafficking and forced prostitution, gender-based violence, and maternal mortality. Actresses such as Meg Ryan, Gabrielle Union, and Diane Lane travel to nine countries to meet the courageous individuals who battle against these issues and champion the rights of women and girls.

5. The Day My God Died by Andrew Levine

This documentary follows the lives of girls abducted from their villages and sold into sex slavery. With spy-camera footage from Bombay brothels, the film tells the stories of girls who were sold and beaten into submission as young as seven years old. They serve as many as 20 clients a day. The Day My God Died also introduces viewers to the nonprofit activists working to abolish the sex trade who also rescue and care for the victims.