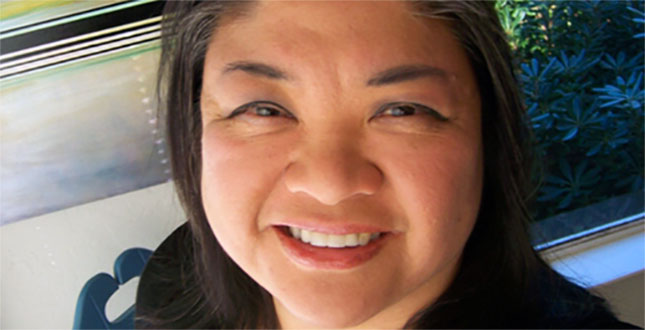 We here at ITVS would like to take this opportunity to bid a fond farewell to Claire Aguilar, who made absolutely vital contributions to the success of ITVS during her 14-year tenure as vice president of programming and executive content advisor.  As noted in this space recently, the senior content director role is now in the very capable hands of Noland Walker. Meanwhile, Claire has a new opportunity at the prestigious British film festival Sheffield Doc/Fest as its director of programming and industry engagement.

In a piece in RealScreen on Aguilar joining Sheffield, Manori Ravindran wrote:

At ITVS, Aguilar worked on program content and strategy, commissioned programming from international filmmakers and co-curated PBS’s ‘Independent Lens’ series. Prior to joining ITVS, she served as a programmer for public broadcaster KCET Los Angeles and before this, worked as a film curator at the UCLA Film and Television Archive. “She brings not just great curatorial skills but also a wealth of experience as a broadcaster and commissioning editor,” said Alex Graham, chair of Sheffield Doc/Fest, in a statement. “Increasingly there’s an organic link between the way we nurture young filmmakers and the quality of the films that end up in the festival program. Claire will play a vital role in extending and developing that link.”

"We are thrilled for Claire and grateful for her tremendous contributions to ITVS, as a board member, programming department chief, co-curator of Independent Lens, and builder of our international content pipeline," said Sally Jo Fifer, president and CEO of ITVS. "Her commitment to the independent filmmakers who bring diverse and consequential programs to the public airwaves has enriched us all."