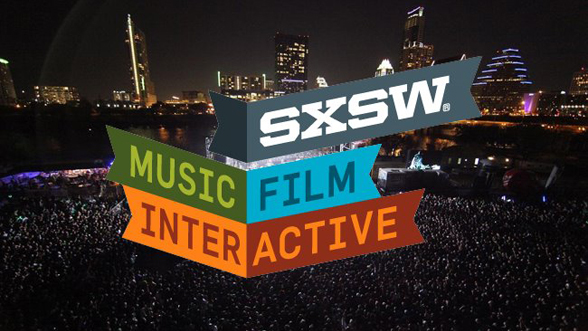 As the line between film and digital projects continues to blur, it makes perfect sense that the Interactive and Film portions of SXSW run concurrently (along with ScreenBurn- the gaming tract), followed closely by the Music portion.  Social TV, the crossover between television viewing and social media, was a topic mentioned quite often during many of the sessions I attended.

Although this was my first time at SXSW (and Austin), I heard that the Interactive portion has grown quite significantly over the past few years; now being held in nine different locations with complimentary shuttles for badge holders to move freely between them (although I preferred to walk, despite the persistent rain!).  Moreover, the Interactive conference is broken down into 18 different themes, each being housed in a specific building, so you really do not need to move between the different buildings if you intend to focus on a single track.

There are multiple ways to attend SXSW.  Some people I spoke with planned to attend as many of the keynote presentations and panels that they could during the day, while others chose to only attend a few sessions, instead focusing on the networking and meetup events.   Add to the mix the corporate sponsored parties that occur at the end of each conference day (supplying free food, drinks, music, and of course, networking opportunities!), or visits to one of the branded venues (CNN SXSW Grill, Fast Company Grill, Bing popup lounge, or the Nokia Labs - an extremely large blowup igloo structure), and the days can become quite long and exhausting.  And just in case SXSW hasn’t provided enough entertainment options for you, there are also film screenings, comedy shows, and live music events occurring all around Austin.

Whichever way you decide to participate in SXSW, be prepared to arrive early and to wait in line once you get there.  Believe me, the wait is usually worth it. However, if you didn’t actually get into the conference sessions during the day, quite a few were videotaped and posted to the SXSW YouTube Channel.  Planning to attend SXSW 2013? I suggest you book your hotel soon, as places near the convention center tend to book up fast!