The Academy Award-winning actor and advocate made her first visit to Nashville this week, speaking at multiple events devoted to empowering women and girls. 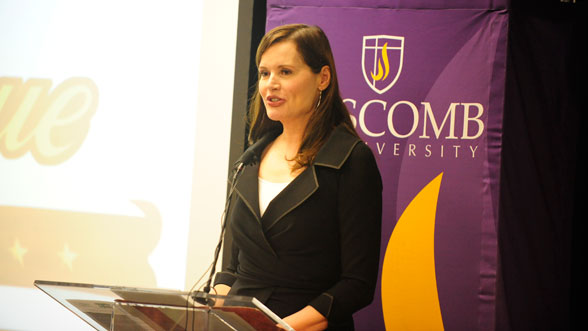 On Thursday, Lipscomb University’s Nelson and Sue Andrews Institute for Civic Leadership and The Geena Davis Institute on Gender in Media hosted the event: “A League of Their Own,” — featuring an inspiring keynote address from Geena Davis. The program was in partnership with Nashville Public Television and its support of the public media campaign, Women and Girls Lead. “Women are seriously underrepresented in every sector of society,” the Oscar-winner pointed out before a packed audience. Davis was particularly critical of the disproportionate number of male to female characters presented on children’s programming.

“We are communicating to society that women and girls are less important than men and boys…Our children should be seeing boys and girls sharing the sandbox equally.” The Geena Davis Institute was founded in 2004 and has been at the forefront of changing female portrayals and gender stereotypes in children’s media and entertainment. The institute has a history of partnering with colleges, enabling students to produce the video series Guess Who, which teaches children ages six to nine about gender stereotypes. Davis launched a new slate of films produced by students at Lipscomb, on Thursday. Geena Davis’s inaugural visit to Nashville began on Wednesday with a live online social screening presented by Women and Girls Lead. Davis chatted with viewers for nearly an hour as the film War Redefined (part of the Women War and Peace series narrated by Davis) streamed freely. Later on Wednesday, Davis attended a dinner hosted by Nashville Public Television — who is celebrating their 50th Anniversary. Led by President & CEO Beth Curley, NPT is one of the select stations championing the Women and Girls Lead initiative. 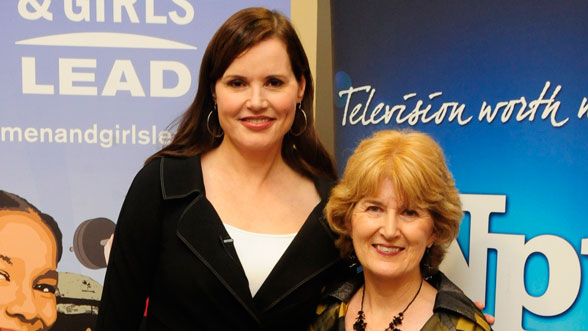 Geena Davis closed out her Southern trip with a nod to a fan favorite: A League of Their Own.  The actor led an eager crowd of Nashville-area girls to a screening of the movie on campus, after posing for photographs on the school’s ballpark. 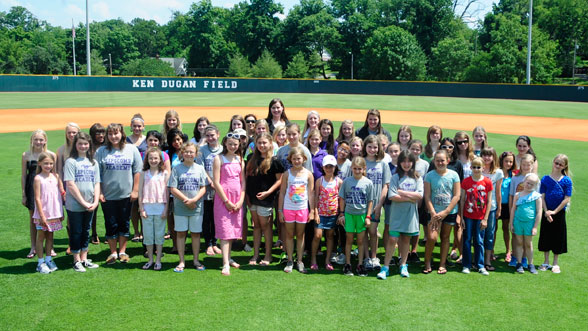 Davis recalled taking notice of the unbalanced media landscape while watching TV with her then two-year-old girl. She said she looks forward to future conversations with her daughter (now 10) and to having the issue being dismissed entirely as nothing but a fairy tale.

Learn more about The Geena Davis Institute on Gender in Media