ITVS’s Claire Aguilar attended the 11th annual Tribeca Film Festival this past April, participating in the Tribeca Film Institute’s Filmmaker Pitch Workshop and acting as a juror for the Tribeca All Access Documentary Program. 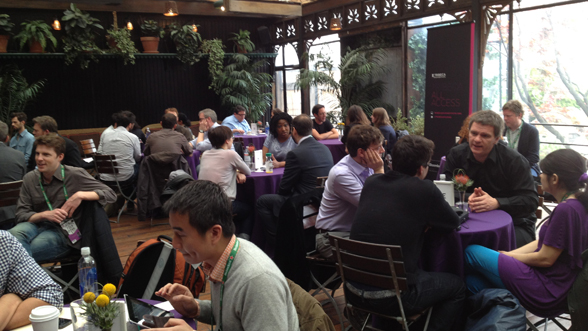 For the past five years, ITVS has participated in the Tribeca Film Festival in many different capacities, from the funder of films selected for the festival (this year included Stephen Maing’s High Tech, Low Life, Beth Murphy’s The List, and Jerry Rothwell’s Town of Runners), to hosting special screenings of ITVS films (FUTURESTATES), ITVS’s involvement in this iconic festival is always varied and exciting. Two special events this year included participation in Tribeca’s Interactive Day (attended by ITVS’s Karim Ahmad) and Tribeca All Access, a year-round initiative that supports the careers of filmmakers who hail from communities traditionally under-represented in the film industry. Tribeca All Access has been a successful and groundbreaking industry event, fostering and supporting diverse filmmaking voices through industry meetings, development support, and mentoring. 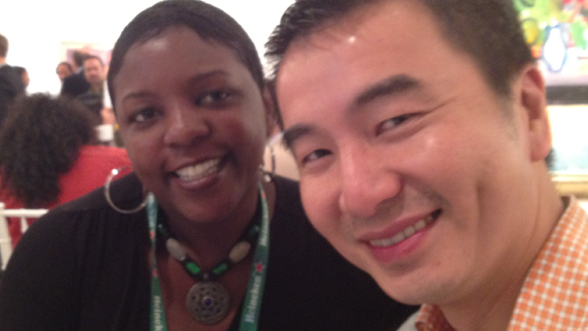 This year I was honored to participate in the 2012 Tribeca All Access Documentary Program as a juror for the Documentary Creative Promise Award.  The award gives one documentary film $10,000 for its creative potential, innovation, and promise as a compelling and unique film.  My fellow jurors included Julie Goldman, Eugene Hernandez, Debbie Zimmerman, and Jean Tsien. Out of the five films proposed this year, the award went to Yoruba Richen’s The New Black. Congratulations to Yoruba and her producers Yvonne Welbon and Angela Tucker on the Creative Promise award! I also participated at the Tribeca Film Institute’s Filmmaker Pitch Workshop, which gathered TFI’s newly-minted filmmakers with industry pitch producers in order to help formulate their pitches for their upcoming industry meetings. This event, held at the Hotel Griffou restaurant, known for its darkly romantic Eyes Wide Shut-like décor, was designed to help producer teams practice their pitches with industry mentors.

Along with producer Julie Goldman and director Dawn Porter, I helped the teams guide their pitches and offered feedback for the week’s industry meetings. Included in our group were Two Children of the Red Mosque with Hemal Trivedi (director), Mohammad Naqvi (co-director), Whitney Dow (producer) and Jonathan Goodman Levitt (producer); Desert Stars with Raouf Zaki (director/producer) and Frank McDonnell (producer); The Human Experiment with Dana Nachman (director/producer), Don Hardy (director/producer), and Chelsea Matter (producer); and Outrun with Leo Chiang (director) and Johnny Symons (producer). The producers and directors did a dry run of their pitch and showed materials, either a trailer or selected scenes.   It was a fantastic opportunity for producers to rehearse their pitch in a supportive environment consisting of their peers and other industry professionals offering feedback, a great method to break the ice before launching into a pitch and also a beneficial networking opportunity. 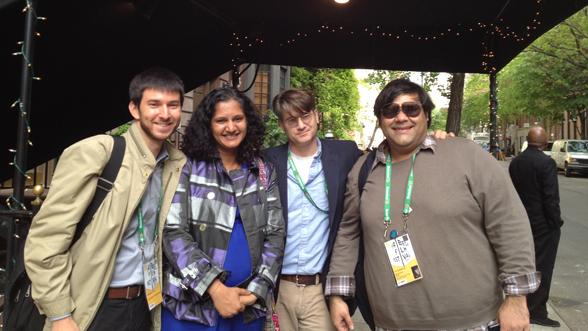 I wish that we could have this rehearsal arrangement with every one-on-one pitch meeting for documentary producers but unfortunately, most opportunities often represent speed-dating with meetings only 15-20 minutes long. Some pointers for producers for one-on-one meetings (from the other side of the table):

Click here to learn more about the 2012 Tribeca Film Festival.