The Independent Lens fall lineup includes a special presentation of Half the Sky: Turning Oppression Into Opportunity for Women Worldwide, Love Free or Die, As Goes Janesville, and Park Avenue: Money, Power & the American Dream. 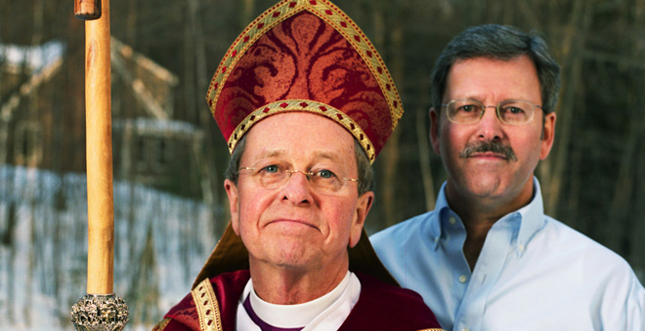 The 11th season of Independent Lens kicks off with Macky Alston's documentary Love Free or Die.

With a new home on Monday nights, Independent Lens is ready to kick off its 11th season with a slate of award-winning documentaries that focus on various issues in America. Independent Lens senior series producer Lois Vossen told Real Screen: “All of the films are meant to really be conversations where people talk about the big issues: the war on drugs, rape in the U.S. military, the U.S. economy, the demise of the middle class, gay marriage. All topics that have people sort of polarized – and our goal is to try and bridge that divide... More than anything I would say that’s what ties this to an election year – this idea of what’s happening in contemporary America.” Before the fall season officially launches, Independent Lens will present the primetime special Half the Sky: Turning Oppression Into Opportunity for Women Worldwide, based on the bestselling book by Nicholas Kristoff and Sheryl WuDunn.

Watch Can a Church Preach Love and Discriminate at the Same Time? on PBS. See more from Independent Lens.

Additionally this fall, Independent Lens veteran Brad Lichtenstein (Almost Home) returns with As Goes Janesville, premiering on November 5. As Goes Janesville follows three years in the lives of several residents of Janesville, Wisconsin, a once-prosperous town fighting to redefine itself in the face of the closing of the country’s oldest GM plant. Independent Lens will premiere two films from the Why Poverty? Project, a unique opportunity to kick-start national and global debates about poverty in the 21st century. Premiering on November 12 is Academy Award winner Alex Gibney’s Park Avenue: Money, Power & the American Dream. Park Avenue looks at the top one percent of “the one percent” of the richest Americans, many of whom live in one Park Avenue apartment building and wield extraordinary influence on American politics and economics. Solar Mamas (premiering December 17) introduces the women of India’s Barefoot College, which provides rural women living in poverty with an education that empowers them to make their communities self reliant and sustainable.

Other films coming to the second half of the season include four 2012 Sundance Film Festival award winners: The Invisible War by Kirby Dick, The House I Live In by Eugene Jarecki, Detropia by Heidi Ewing and Rachel Grady, and Ai Weiwei: Never Sorry by Alison Klayman, and SXSW favorite Beauty Is Embarrassing by Neil Berkeley, along with 12 other festival favorites and acclaimed films. A complete list of all the films coming to the Independent Lens 2012-13 season will be announced after Labor Day.