ITVS held court at the inaugural MEG 2012 conference, an event focused on creative approaches to content development, journalism, and entertainment. 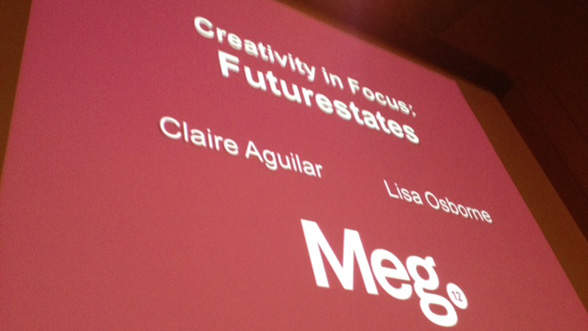 On March 8th and 9th, I attended a new conference: Mediedagarna i Göteborg (Media Days Göteborg) or "MEG" for short. MEG was designed to attract media professionals from television, newspaper, magazine, and book publishing industries to participate in a truly trans-media conference. It was refreshing to see the overlap between the usually traditional media industries, like publishing, print and electronic journalism, and broadcast television interacting with citizen journalists, bloggers, and even webisode comedy.

MEG is the brainchild of the MedieAkademin, which also organizes the Göteborg Book Fair, Europe’s second largest book fair that draws over 100,000 attendees. Göteborg is also home to the Göteborg International Film Festival, Göteborg University, the Chalmers University of Technology, and is the city where Volvo was founded in 1927! It has a long and robust history of industry, culture, and technology, making it the perfect venue for this inaugural conference for cross-platform content.

Jigsaw Global's Lisa Osborne produced special sessions on creative approaches to content development and asked me to introduce ITVS's FUTURESTATES third season, whose website launched last week. Seven narrative shorts with surreal visions of the America of tomorrow will start to stream on April 3rd. Although the films focus on the US and are from American producers, the MEG audience appreciated the international and extra-terrestrial themes, as well as the high production values and were blown away by the series trailer. They were eager to see short futuristic and science fiction content online and will be able to watch the series streamed in Sweden. 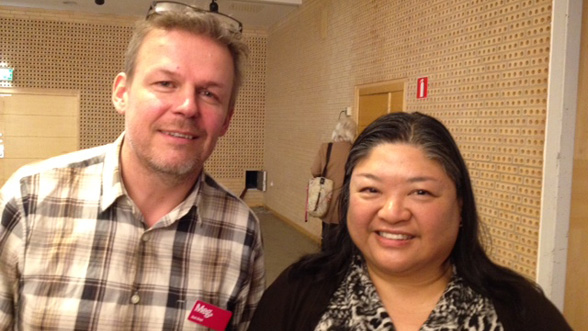 I also spoke about the new campaign Why Poverty, a cross-media event that showcases content focusing on world poverty over broadcast, online, and engagement platforms. Our panel was moderated by the journalist Stefan Jonsson and was also presented by SVT's commissioning editor, Axel Arnö. The big question is what can this campaign do to increase awareness of world poverty, let alone makes steps towards alleviating poverty, and in the light of campaign films and films about social issues and advocacy - how is Why Poverty's campaign going to succeed? This panel happened the same day that the "Kony 2012" viral video exploded on the internet and was viewed by millions on YouTube.

What is the connection between our campaign strategy for Why Poverty, a collaborative event between millions of broadcasters, filmmakers, and viewers, and the viral campaign videos produced by Invisible Children, the company behind “Kony 2012”? Scheduled to launch in November 2012, Why Poverty will potentially reach over 500 million people. The “Kony 2012” phenomenon sparked many of the key issues at MEG, bringing together journalists, broadcasters, publishers, and editors who not only discussed the changing and volatile media landscape, but also how to use social media in the search for truth and to discover what is behind that truth, especially in the context of a political or advocacy campaign. It makes you wonder, what responsibility do we have to the content that we create and consume?