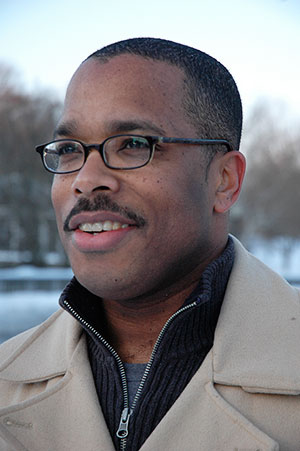 Independent Television Service is excited to announce that Peabody Award-winning documentary producer and director Noland Walker has been appointed senior content director, where he will manage a portfolio of ITVS-funded programs, providing curatorial analysis and program development feedback to producers. He will also co-curate the Emmy Award-winning Independent Lens series along with Deputy Executive Producer Lois Vossen and PBS, replacing the role of Claire Aguilar after 13 years of distinguished service in the position. In addition, Walker is responsible for identifying trends in the documentary and public media landscape, tracking current projects in the field, and providing recommendations for the funding of public television programming.

“We are thrilled that Noland will be joining ITVS,” said Jim Sommers, Senior Vice President of Content. “He brings a wealth of experience not only as an independent filmmaker but as a highly-respected editorial consultant and advisor for documentaries and transmedia projects. His deep knowledge of public media and commitment to the mission of ITVS are invaluable.”

Most recently, Walker worked with the Boston-based organization AIR, serving as executive editor of Localore, an innovative project designed to bring fresh talent, ideas and energy to public media through collaborative production partnerships between producers and local public radio and TV stations. With over two decades of experience in the development and production of award-winning documentaries, Walker’s credits include two American Experience programs, Jonestown: The Life and Death of Peoples Temple (co-writer and co-producer) and Citizen King, which he produced, directed, and wrote with Orlando Bagwell; producer and co-writer for Boogie Man: The Lee Atwater Story (Frontline); writer for Sam Cooke: Crossing Over (American Masters); and co-producer of Daisy Bates: First Lady of Little Rock (Independent Lens).

He also produced and directed an episode of the Peabody and Emmy Award-winning Africans in America, a four-part WGBH series on slavery in the U.S. Walker served as Creative Advisor during the first three years of the Sundance Institute’s New Frontiers Lab and continues to advise and consult Sundance Fellows on an ongoing basis at the Institute’s request. He serves a similar role for the Creative Lab at Canada’s Hot Docs Film Festival.