The 2013 Los Angeles Film Festival, June 13-23 at L.A. LIVE, will screen a diverse slate of nearly 200 feature films, shorts, music videos, and documentaries from around the world.  Don't miss 10 days and 11 nights of red carpet premieres, conversations, live music, free outdoor screenings, and films from around the world. 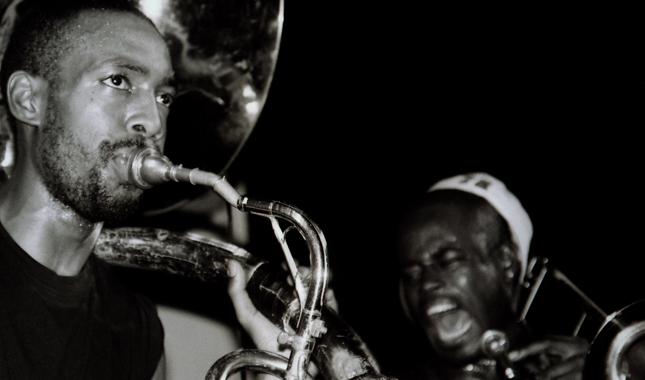 Filmmaker Reuben Atlas’ upcoming Independent Lens documentary, Brothers Hypnotic, will screen on Sunday, June 16th and Wednesday, June 19th as part of the Los Angeles Film Festival, co-presented by ITVS. Some of the most energetic, riveting, and symphonic sounds in jazz today emanate from the Hypnotic Brass Ensemble. The band, consisting of eight brothers--all sons of jazz legend Phil Cohran--who were raised on Chicago's South Side and have been practicing as a family since they were kids. Whether playing on the streets of New York City or performing alongside Prince, when the brothers raise their horns, they create a music that looms large in the imagination. As the brothers come of age on the world's stage, brotherhood becomes more than just a biological fact. It becomes an ideal, even when it clashes with their future dreams.

With the support of veteran producer and editor Sam Pollard, newcomer Atlas' directorial debut is a beautifully rendered portrait of a band of brothers determined to succeed on their own uncompromising terms. Along with the screening of the film, the Hypnotic Brass Ensemble will participate in a showcase of their unique brass band sound during the Music in Film Nights at the GRAMMY Museum on Tuesday, June 18th. The evening will feature a lively performance, discussion, and clips from the documentary. To see the Festival’s full line-up and buy tickets/passes, please visit lafilmfest.com.