Each year, as ITVS embarks on a new season of Independent Lens—the single largest series for independent voices on public or commercial television—we find ourselves along with public television audiences marveling at the powerful storytelling of independent producers. Independent producers spend years of their lives investing in dramatically different stories but all with the common thread: real voices coming forward that would otherwise go unheard on hard issues that would otherwise be ignored. 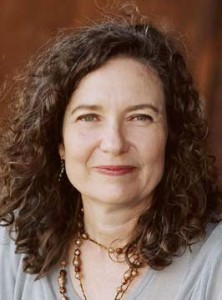 Unlike the commercial world of commission-driven programming, our pipeline pulses with public interest stories that originate with independent filmmakers. Our job—with the help of peer panels of filmmakers and public television programmers—is to create conduits for these stories on the dozens of platforms in the blended media space of broadcast and social networking. It’s this bottom-up approach that earned six out of the nine PBS 2012 Emmy Awards, and it’s the same approach that has produced perhaps the most exciting Independent Lens lineup to date, ready to go on a new night, Mondays at 10 p.m., with renewed interest and support from stations thanks to your help and support. We are pleased to have kicked off of the IL season—with the two-night special presentation of Half the Sky: Turning Oppression into Opportunity for Women and Girls Worldwide. A pillar program of the ITVS-led Women and Girls Lead public media initiative, Half the Sky has already broken our records on reach—but the real story is about engagement. For those of us working in the public good, media impressions are nice, but what we’re really after is supporting citizens to get involved.

In the end, the secret of the public square—a concept as ancient as the Roman scrawls and as modern as the Twitter feed that invites participation—starts with making space. That’s what ITVS does—we help make space for these conversations through broadcast, in traditional media, new media, living rooms, and community centers, whatever and wherever it takes.  This season, we’ll put that space to work creating conversations about climate change in The Island President; about economic renewal in manufacturing communities through As Goes Janesville and Detropia; about health in The Waiting Room and Soul Food Junkies; the drug epidemic in The House I Live In; and the list goes on and on. In the most romantic image of the public square that I can conjure, ITVS and our public media partners build the soap box for citizens to stand on and be heard; we are the barker that calls the crowd to come and listen; we are the moderators of small circles that form after stirring speeches, where people gather round to discuss ideas and actions. It takes an extraordinary amount of energy, coordination, and strategy to make that happen in today’s media marketplace—and amid political attacks on public broadcasting. But with Women and Girls Lead, Half the Sky, and the new Independent Lens season, we must show how it can and should and must be done. We had a great kick-off, but we need your help in the long haul to drive audiences to Monday nights. We know through audience research that once viewers tune in to Independent Lens, they stay tuned in—so we just have to get them there! Please join us in promoting indies by: 1. Download the #StandWithMe card. 2. Write your name. Have someone take a photo of you holding it. 3. Tweet it using #StandWithMe. Facebook it. 4. Submit it to our Tumblr! This is just the beginning. Believe us, more to come!