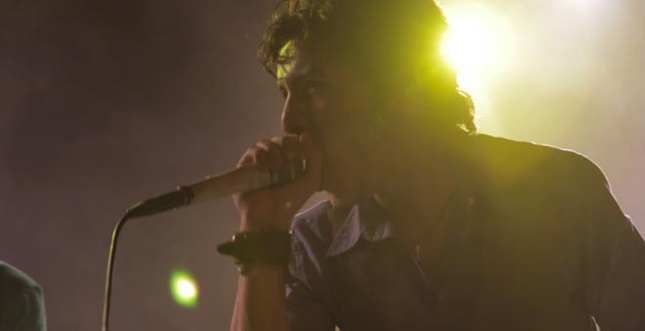 In 2008, a film crew began documenting a group of young heavy-metal musicians in Egypt. Oppressed by massive social forces beyond their control, the kids — sons of a jailed political dissident and the leader of the only female metal band in the Middle East — saw music as their outlet, their hopes trapped in the traffic-clogged streets of Cairo like a bull in a pen. Then one day, everything burst wide open.

Filmed before, during, and after the beginning of the Egyptian revolution, Heavy Metal Islam tells the stories of a few remarkable young people as they seek the freedom to define themselves and shape their world. Influenced by their participation in major historic events, the young Egyptian musicians experience the political upheaval as personally transformative. With their music as a soundtrack, they share their stories, from their early struggles in Mubarak’s police state, through the fever dream of a revolution, and beyond, into a strange new world where uncertainty is the only constant. Join ITVS in congratulating the filmmaker!