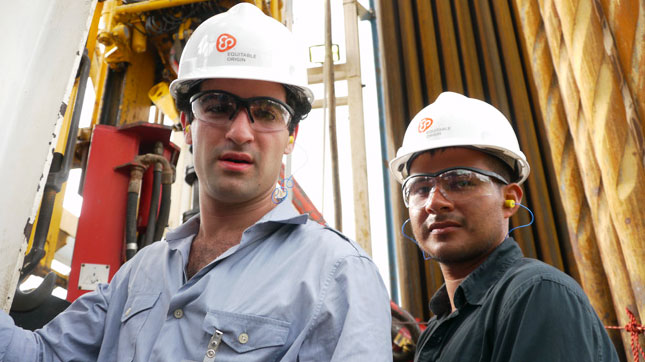 Ed. note: This guest post by the directors of the ITVS-funded documentary Oil & Water, which premieres Sunday, September 21st on the WORLD Channel [check local listings] as part of the Global Voices series, gives you some of the fascinating background behind this film. Oil & Water was also just featured on Boston's NPR station WBUR as well [more here].

A documentary filmmaker once said that when you choose an idea for a film, you need to date it a while, and make sure you can fall in love with it. Because you will be eating, drinking, and sleeping with it for a long time.  It made us laugh, because it’s so true. It’s also about how a human story can knock the wind out of you with its brilliance, and then how it will haunt and nag you until you have no choice but to make your film. That’s how we got to making Oil & Water, which we began filming in 2006.

One morning we found an article in the Seattle Times telling the story of a teenager from an Amazonian tribe who was graduating from a local high school. The Cofán tribe of Ecuador, numbering less than 2,000 people, had sent 10-year-old Hugo Lucitante from Ecuador to the U.S. to get a Western education. We made a few phone calls and by that same evening, we were on our way to the airport with a camera.

Hugo’s entire family arrived in Seattle to see him march in his graduation ceremony. He was the first Cofán to graduate from an American high school, and their hopes were riding on him. We learned that an oil disaster had occurred [over years] on Hugo’s ancestral land, and the situation was so bad that news reports called it a “rainforest Chernobyl.”

A few months later, we ran across a story about a young American from Amherst, Massachusetts, who had worked on the legal case against Texaco. A class-action lawsuit dealing with the oil disaster had been filed in Ecuador, and teenage David Poritz had been there to witness it. David’s experience on the case led him to do humanitarian aid work in the jungle, and as a teenager he had ventured places only the most seasoned of travelers would go, often alone. 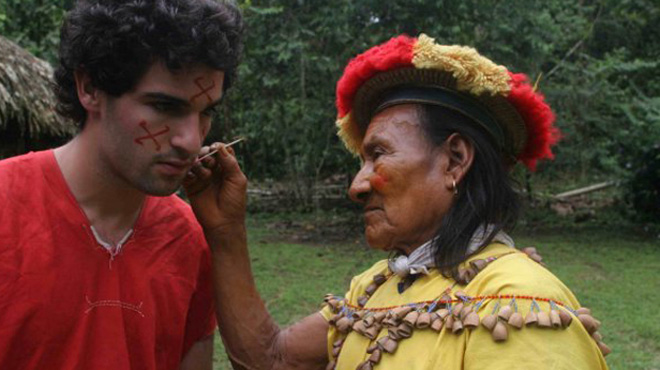 We saw many parallels in Hugo and David’s stories. Here were two boys, each with a mythic backstory, who almost seemed to have traded places in the universe. They were taking on a Goliath of our times. Hugo and David were both deeply affected by what had happened in Ecuador, and we wondered if we could tell the story of the disaster through their experience.

We like to say that we are from the “Mary Poppins School” of filmmaking and that little sugar helps the medicine go down. Here was the perfect chance to tell a character-driven environmental story that was hopeful and inspirational. We started filming David at his high school graduation. David was planning to lead a group of students on a “toxic tour” in Ecuador the following month, and we decided to ask if Hugo could come along.

Both boys were eager to make the trip together, and it turned out they had already met. Hugo remembered his surprise at finding a young American traveling solo in the jungle, and had given him a ride in his canoe. Shortly before we left for Ecuador, our director of photography let us know he wouldn't be able to make the trip. As filmmakers, we were a team of two producer/directors with years of experience in the field, but little technical knowledge. That was about to change. With our plane tickets in hand and our bags packed, we didn't have time to find a new photographer, so we put ourselves through a quick camera, lighting, and sound boot camp and we headed for Ecuador.

Looking back, we had no idea that Hugo and David would become such fascinating young men. We didn't realize just how close the oil companies were to making another assault on Cofán land. And we certainly didn't imagine that we'd be telling the story of a startling effort to revolutionize the oil industry. We are hopeful that the Cofán will be able to save their culture and their land, and we are in awe of their strength and perseverance. It’s been an honor to spend the past seven years following Hugo and David, and we are grateful to them for sharing their stories.