Australian-born independent filmmaker Patricia Zagarella has worked in documentary for more than a decade, including co-producing the Emmy-award winning documentary Baring It All, which followed fashion photographer David Jay into the worlds of four young breast cancer survivors as they were photographed for the SCAR Project. She also directed the documentary Walk Like a Man, about gay rugby players, for Australian TV. Blind Love, which was supported by ITVS's Short-Form Open Call, is Zagarella's first time directing a web series, and it premiered on Independent Lens website in February. She's also worked in unscripted television, but wanted to do something a little different when making a dip into her own online reality series about visually impaired young adults trying to make their way in the dating world.

Zagarella emailed with me about her experience producing the Blind Love series (including the annoyance of having a very similarly titled but very different Netflix series pop up at the same time), the process of applying for Short-Form Open Call, how she avoided getting in the way of people trying to go on dates, and how much footage she had to edit down.

What did you learn from your experiences working on other feature docs — like Baring It All — and some of your other shorts, that helped you when making Blind Love?

Like Blind Love, my past documentaries shed light on underrepresented groups and deal with sensitive issues. My documentaries raise awareness on a particular issue which affects the subjects on a very personal level and, by default, they become spokespeople for the cause, which is a big ask for people who before the documentary didn’t have an agenda or were marginalized. My films use very personal stories to tackle bigger issues, and because I’m asking subjects to expose themselves in a very raw and vulnerable way, it’s important for me to nurture relationships with the subjects. 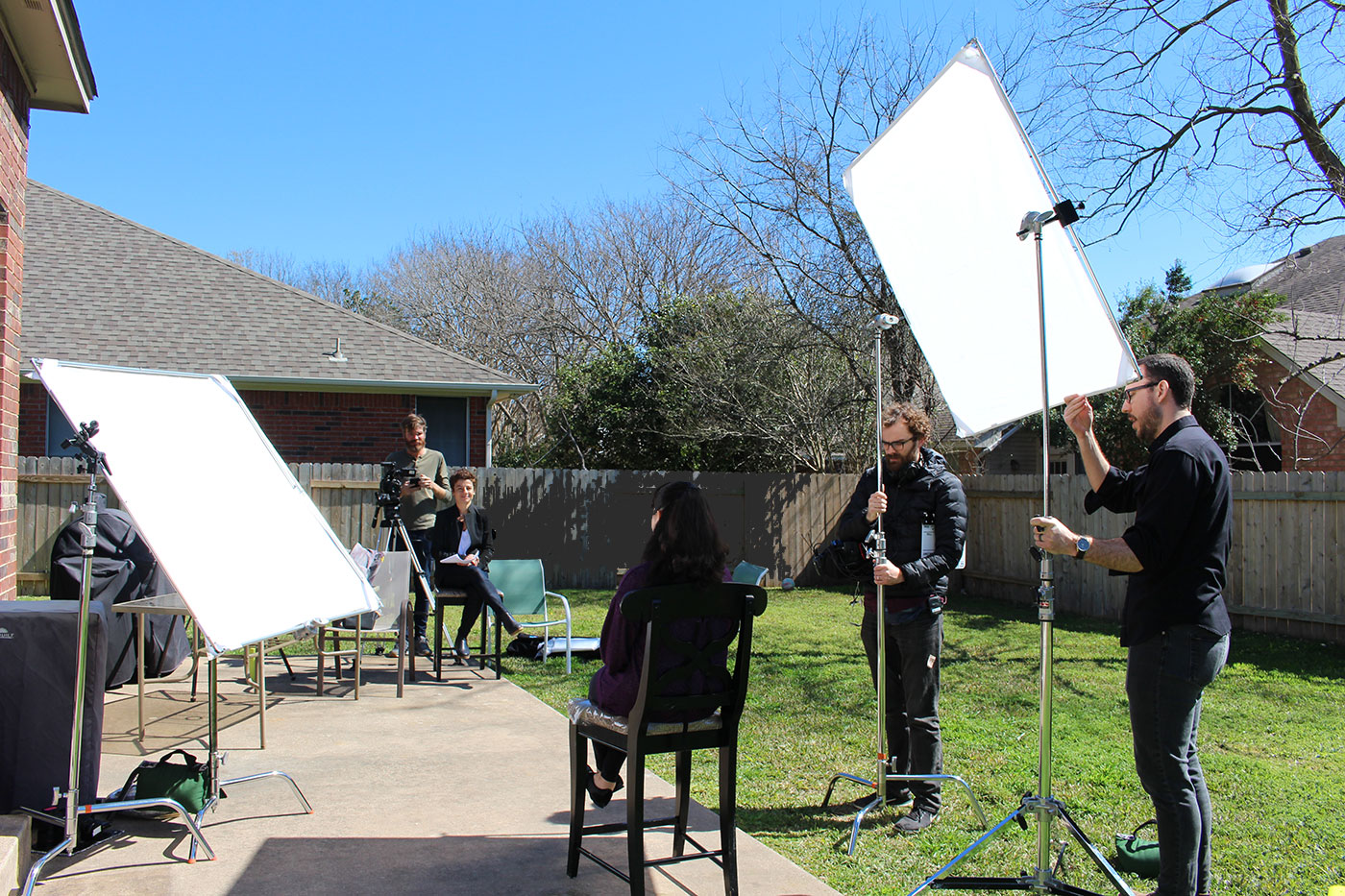 I’ve learned that you can’t hurry the process of gaining trust. Each individual must trust me fully with their story, so they are willing to speak truths they’ve perhaps never voiced before. To build these relationships takes time. With Baring It All, the subjects were literally exposing their scars for the first time and they were young women confronting their mortality. My biggest lesson from that experience was to go slow, listen and learn before turning the camera on. This approach proved invaluable for Blind Love.

I learned that trust is a two-way street, and that as the filmmaker I needed to show my own vulnerability so that the subject could in return trust me and the camera, and show their real selves, vulnerable, truthful.

I’ve also learned how important it is to fall in love with what you are making. I’ve come to realize that if a subject engages me on visceral level, to the point that I want to spend years developing, crafting and producing, then there’s a high likelihood that someone else will find it compelling too, and will find a home. Needless to say, I’m not a prolific filmmaker.

Could you talk a bit about the process of applying for ITVS funding for Short-Form (formerly Digital) Open Call? How did you use the feedback in finalizing the series? How many times did you apply?

I know I got lucky. I only applied once.

My past films have aired as one-hour specials on cable TV in the U.S. and national broadcasters in other territories. When I started developing Blind Love my intent was to take the same approach as my past films. I knew it wasn’t a feature documentary, but I thought it would work as a one-hour special.

However, Christine Ha who is the Executive Producer of Blind Love and I both knew that in the wrong hands, Blind Love could be twisted and sensationalized. We were very protective, so very early on in the process, we decided that public media was the outlet for our project. Not only would it give us the widest reach and allow us to offer the program to this underserved audience for free, but we knew that it would be given the right treatment.

I attended the [Short-Form] Open Call Q&A and during that session I knew that Blind Love was a perfect fit for ITVS. I applied and got development funding. Through the development process and with ITVS feedback I was able to hone the concept for short form. With a one-off there is more latitude to layer the story but with short-form time constraints it was important to focus the story, so it became less about the broader experience of being blind and singularly focused on dating and love. This lens actually helped me achieve my goal, which was to create a light and fun series for the blind that could cross over into the mainstream.

In development it also became clear that I needed to add diversity to an already diverse cast, so I added a woman’s voice to the mix. 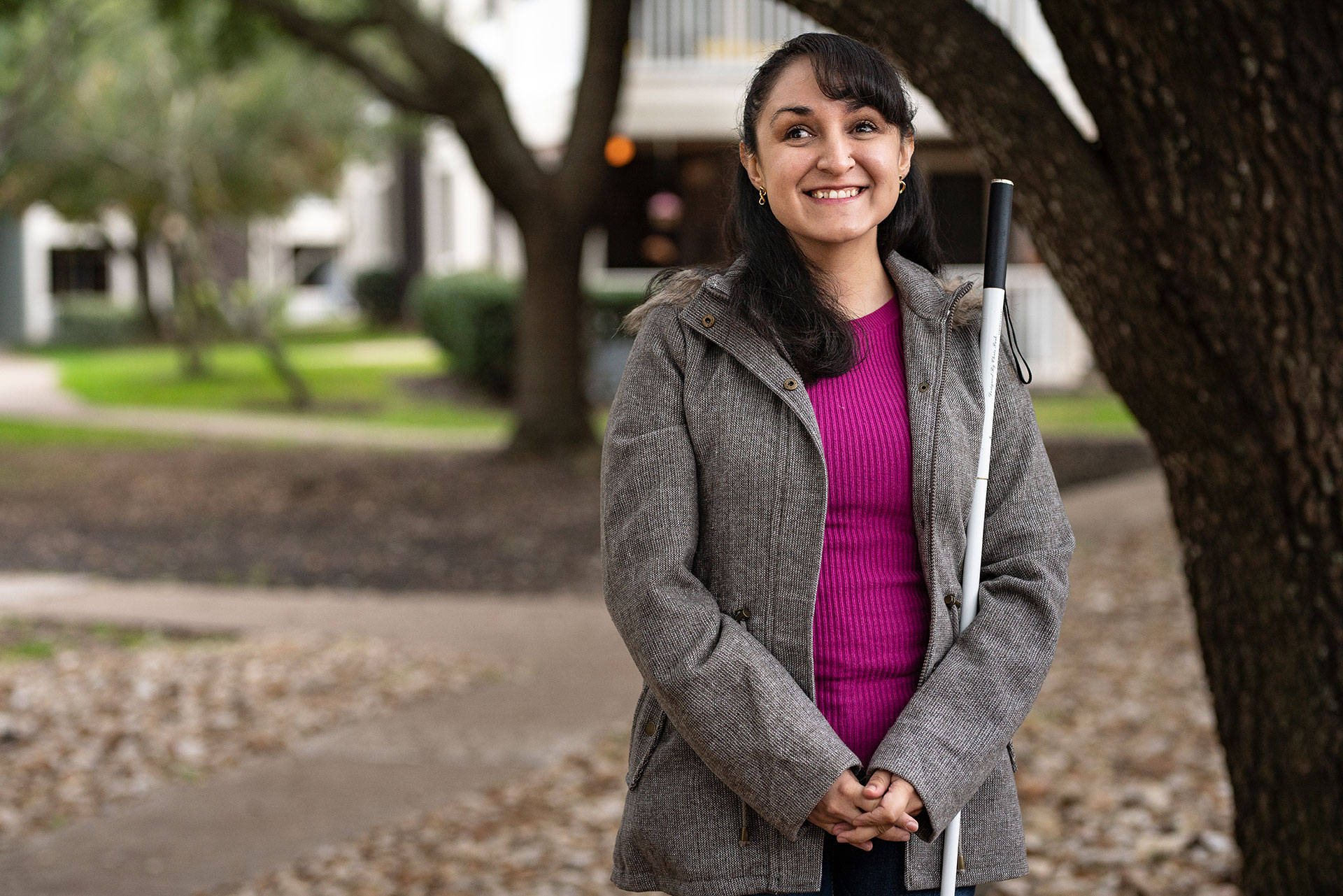 Along those lines, do you have any advice for other filmmakers currently planning on applying for the same open call?

How did your working style mesh with your subjects in Blind Love? How did you not feel like an interloper with them, when you and your cameras are following them around as they try to find love?

Ha! Don’t think I didn’t! There were a couple of times I totally felt like an interloper. Dating with a camera present is not ideal but by the time I started filming with each of my subjects we had had plenty of very open and vulnerable conversations about love, dating, rejection, and desire, the type of conversations that bond people quickly.

"Make sure your project is suited to short-form, which is such a different way to tell a story."

Honestly, most of the time I felt like a girlfriend or coach hanging on the sidelines cheering them on. Ironically, the Blind Love subjects wanted me and the camera present, the process seemed to give them the courage to jump into these awkward situations. It pushed them to step out of their comfort zone and pursue something they wanted, a relationship.

While my subjects were blind most of their dates were not, so my DP and I spent a lot of time figuring out how to be discreet in these intimate situations. We used long lenses and did our best to blend into backgrounds and just rolled from corners of rooms. 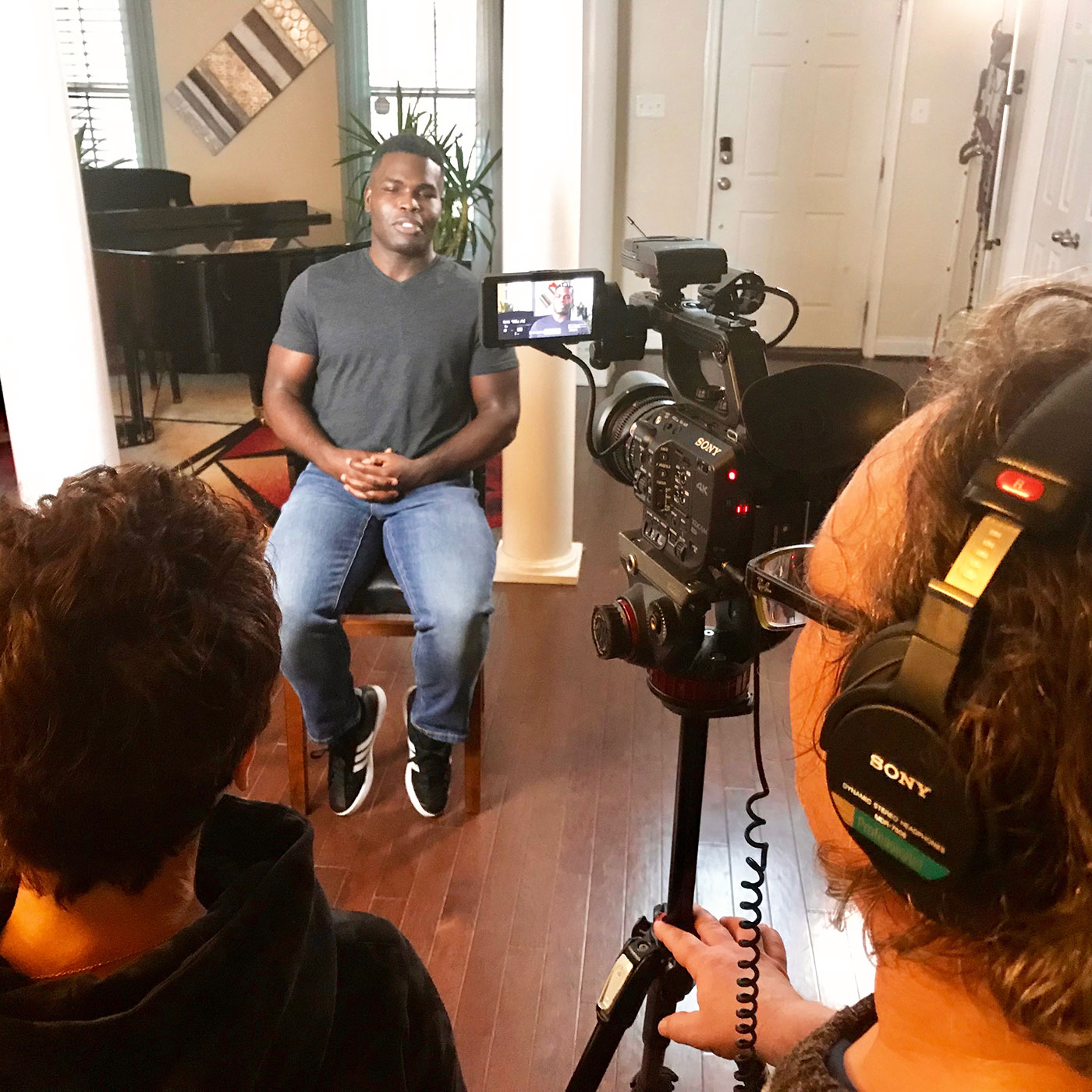 How big or small was your Blind Love crew?

We were a three-person / four-person crew depending on the date and location. On a couple of occasions, I increased the crew to capture moments that were bigger, such as a speed dating event and a dance social.

Can you tell us about the process of finding the "stars" of Blind Love? How did you first put out the word for people, and how did you narrow it down to the four people you ultimately feature in the series?

When the project was still in concept form, I ran the idea by Christine Ha to make sure it wasn’t offensive. She loved the concept and agreed to come on as EP. She put me in contact with the two national blind organizations who also assured me that all allies were welcome. Both organizations put out a call for participants. That’s how I met Solomon and Joni. 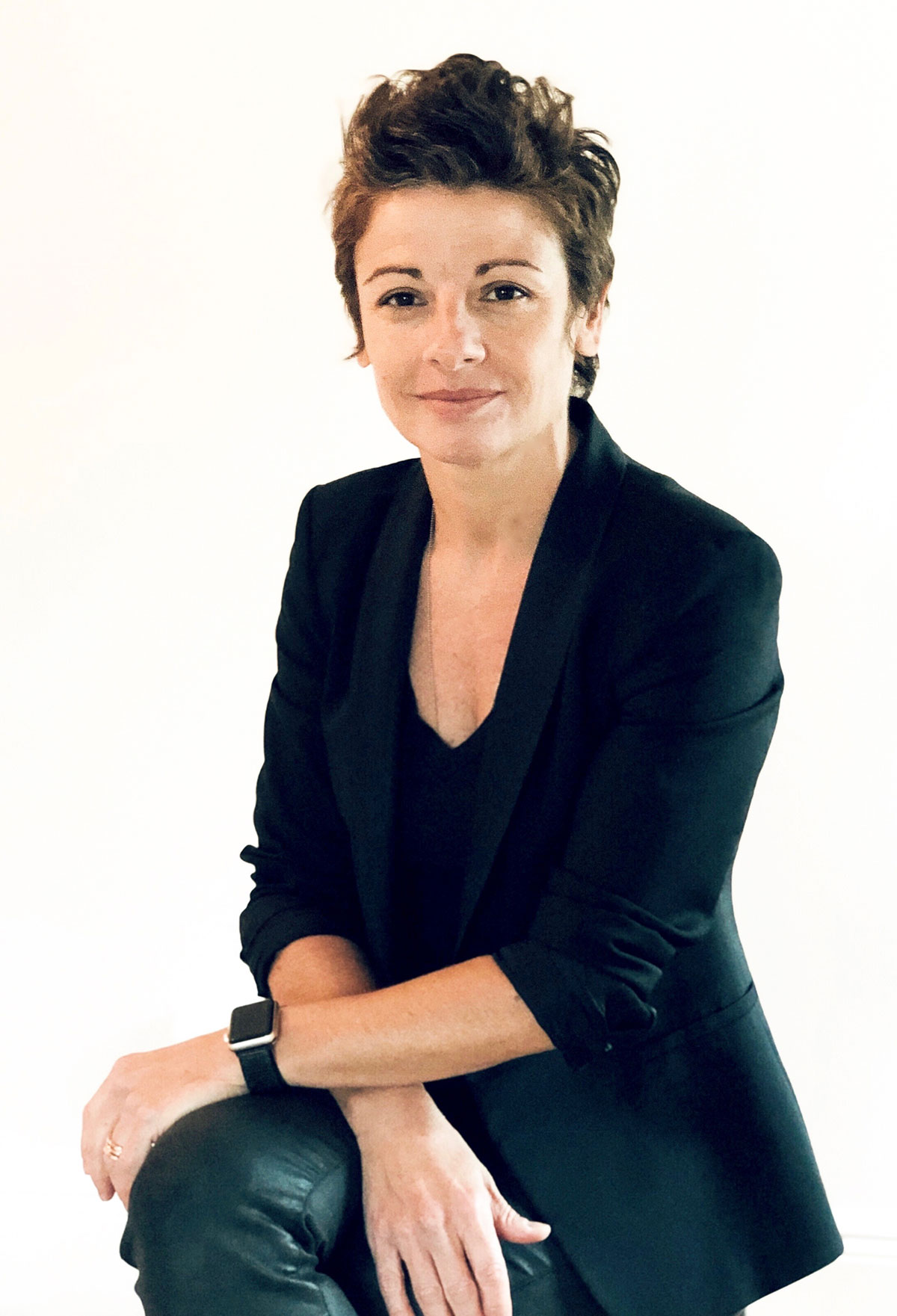 My initial concept was to apply all the reality TV tropes to telling this story. I wanted to create something unexpected and mainstream this subject matter, so with that in mind I was looking for an “ensemble cast” — a group of friends — I could follow. What happened instead is that I met these amazing characters who not only had compelling personal stories and different relationships to their blindness from one another, but they all had family and friends who were just as dynamic and who were helping them find love.

How much footage did you roughly shoot and what did you look for in the editing room to try to focus it down as well as you did? (Into the 7 short episodes.)

I shot approximately 70 hours. The downside to digital.

I could easily have made a long-form series with the footage I captured. Having a very focused story due to the nature of short-form helped the decision-making process in post. I also knew while I was shooting what the standout moments were. On Blind Love, I felt the documentary gods were looking down on us, blessing us with many unexpected and documentary “gold” moments.

In my past experience, there’s always one or two moments that happen while filming that let you know the project is blessed. I had many of these magical moments on Blind Love.

I had three guidelines we followed in the edit room; a scene had to push [the] story forward, it had to be light and fun in tone or have educational value. Each scene had to have at least two of these elements; if it didn’t, we didn’t use it.

Did you have any concerns with people getting your series confused with the Netflix Love Is Blind reality series, or does the name similarity only enhance what is different and special about yours?

Don’t get me started! Love Is Blind was my original title when I first started exploring the concept. Blind Love and the Netflix series launched on the same day, Valentine’s Day 2020. I received several emails from people congratulating me on my Netflix show. When I explained that my show was the heartwarming ITVS series called Blind Love and it was actually real, I received replies of relief. I actually haven’t seen the other series, but I suspect Blind Love has way more heart.

Craig Phillips is the digital content producer for ITVS, based in San Francisco. He is a film nerd, cartoonist, classic film poster collector, wannabe screenwriter, and owner of/owned by cats.