Each year, the Center for the Study of Women in TV & Film releases its research on the status of women and girls behind the scenes and on screen in mainstream media. The 2012 results revealed that 33 percent of characters in Hollywood films were female, while only 11 percent of them were the film’s protagonists. What is more astonishing is that the number of female protagonists on screen decreased from 16 percent in 2002. So what do we do when the media industry represents 50 percent of the population only 33 percent of the time? We host the #SheDocs Online Film Festival!

#SheDocs is streaming 10 free films about real women and girls online from March 1-31st during Women’s History Month. Nearly 10,000 people have already logged on to watch our all-star lineup of female protagonists taking the lead in their own lives. 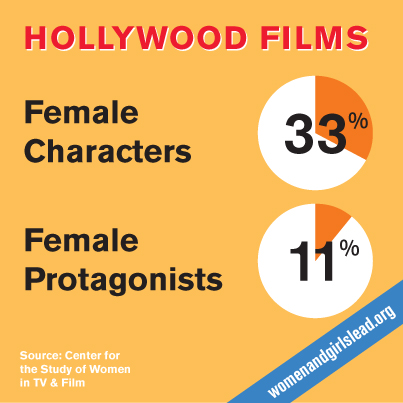 Here is what our viewers will find:

We’ve been so inspired by the #SheDocs fanfare that we’re thinking of making it a 24/7, 365 day-a-year destination to find free films about women and girls temporarily available to watch online. Until then, don’t miss the Women’s History Month films online until Sunday, March 31st at http://bit.ly/SheDocs.