With theaters mostly shut down for the time being, premiering a film online instead of in theaters is a tricky issue that independent filmmakers are facing as they struggle to secure distribution at prominent film festivals.

We caught up with ITVS-supported filmmakers Debbie Lum (Try Harder!) and Jamila Wignot (Ailey) to talk about their virtual Sundance experience and how they are adapting to new ways of networking and connecting with the audience.

Lum, a 5th generation Chinese American and graduate of San Francisco State University and Brown University, follows the senior class of Lowell High School in San Francisco (adjacent to SFSU), a predominantly Asian American high school, as students work to gain acceptance into top-tier universities. Try Harder! explores immense familial pressure to overperform with test scores, and dives into the emotional fallout of what it means to be rejected after years of all-consuming, intense preparation. The film—which was a Grand Jury Prize nominee at Sundance—compliments her other Asian American-focused stories: My Tiger Mom (which also takes place at Lowell High and led to the making of Try Harder!), and Seeking Asian Female, which covers the fetishization of Asian women by white men and aired on Independent Lens. 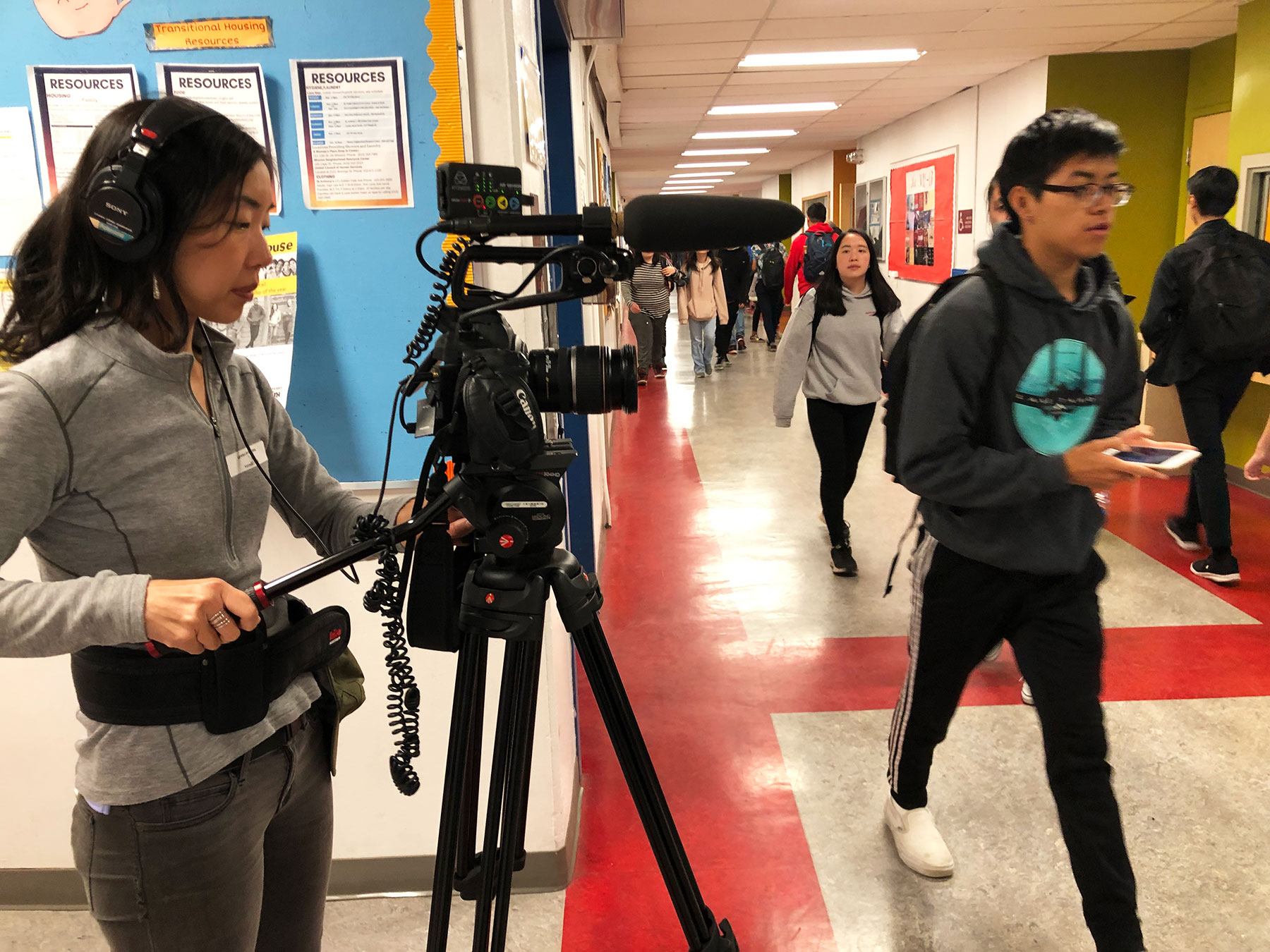 Jamila Wignot’s film Ailey covers the legacy and personal struggle of legendary African American dance choreographer, Alvin Ailey. The film also takes an intimate look at the present-day dancers of the Alvin Ailey American Dance Theater as they choreograph a tribute performance honoring the 60th anniversary of the school’s opening. Wignot previously directed two episodes of the PBS mini-series The African Americans: Many Rivers to Cross, presented by Henry Louis Gates Jr. and which earned Peabody, Emmy, and NAACP awards. Ailey was recently acquired by Neon for distribution out of Sundance and will be a part of PBS's American Masters series.

Here’s what they had to say:

Q: What was a standout moment for you personally during the virtual Sundance festival experience?

Jamila Wignot: The whole festival was really a standout moment. It was such an honor to be there, but if I had to narrow it down to one, it would be the 15 minutes prior to the film screening when the chat function went live and all those in attendance could greet us virtually. It was a thrill to see all the different places across the country that people were screening from and it really made the virtual screening feel human and connected.

Debbie Lum: There was a wave of standout moments, from Teen Vogue highlighting our film about high-achieving Asian American nerds, to seeing young friends, ages four to ten, quote lines from our movie, like: “UC Baby!” followed by ‘the dab.'

Our film speaks to young people, from middle school through college, and a traditional festival would not have been able to include the students as broadly as a virtual festival could, making the experience that much more meaningful.

Q: What are some pros and cons when screening at a virtual Sundance?

Debbie Lum: Virtual Sundance was Sundance without being cold or getting sick. We saved money on travel and hotel and spent money on computer equipment. Friends and family from across the US—New York, Texas, Missouri, Colorado, Hawaii and San Francisco—could all attend. My chat threads were lit up and everyone was sharing virtually because, on the flip side, we could not be in one room laughing, gasping and crying, and celebrating together. It was pretty surreal.

Jamila Wignot: Pros include saving money, not having to worry about housing, not having to trudge in the snow, and having the film be more accessible to audiences across the nation. The cons were not being able to control the festival viewing experience in terms of people seeing the film on a big screen, properly calibrated and with optimal sound conditions.

The other downside was not being able to be with audiences as they experience the film. Being able to hear the audience react to moments with the film is just so thrilling and not having that was definitely a downside.

[And] the other challenge was not being able to immerse myself fully in the festival. When you're physically there, the outside world and its demands recede and you can just take in the whole experience in a total way. The virtual fest meant that regular daily life intruded upon the festival experience.

Q: For newer filmmakers, would you recommend waiting to screen at a regular festival, or submitting to virtual festivals now?

Jamila Wignot: We've been doing virtual festivals for a year and it feels like the industry has adapted. The downsides are, of course, there, but it's kind of the new reality.

Waiting for a regular festival now, when we still have so many months of uncertainty ahead, feels like too risky a gambit.

Debbie Lum: As a rule, seize the moment when you have it. It feels like hybrid screening will continue in the future for a while.

Q: One great outcome with virtual film festivals is that they have made film screenings more accessible to people with disabilities. What are some other positive outcomes of having an online fest vs. an in-person event?

Debbie Lum: Film festivals can reach audiences who wouldn’t normally attend a festival. I watched the film with my kids—got to be a Mom and do my job at the same time. I heard from adult children who watched the film with their adult parents sparking intimate conversations that would not have happened without such a unique event.

Jamila Wignot: Greater access is a huge benefit to the virtual festival. Access to the arts was something so fundamental to Mr. Ailey's vision and mission as an artist and it felt like a beautiful upside of the pandemic that the film was seen by a far more diverse and expansive audience this year than it would have if we had been able to screen in person.

In addition to people being able to access the film from wherever they were in the country, we also took advantage of Satellite Screenings in select cities we knew were home to many Ailey fans. It was exciting to have that kind of reach. 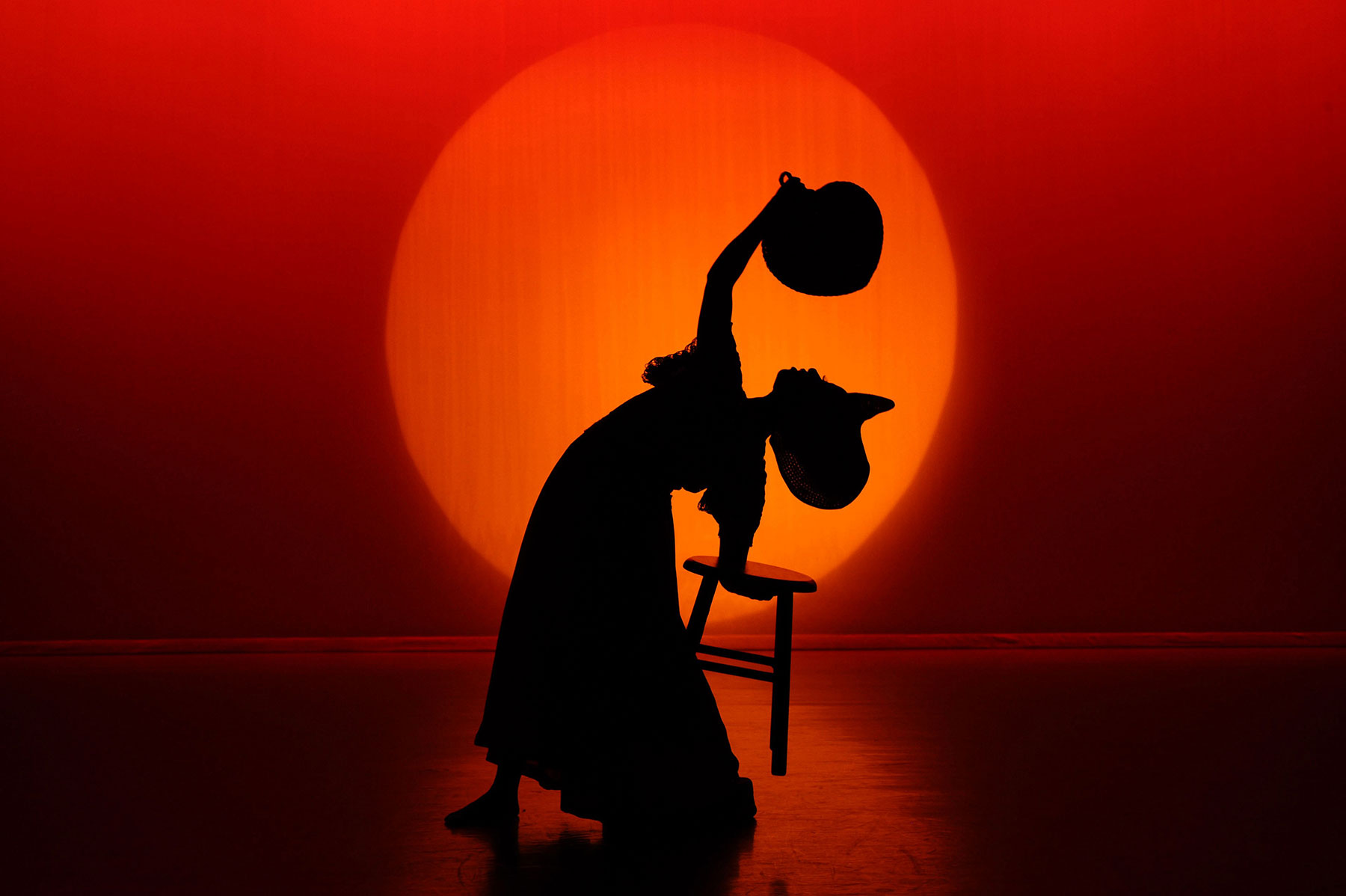 Q: What was networking like during the festival? How did it compare to networking in person at a regular festival?

Jamila Wignot: Networking was hard. I have a four-year-old so being able to be in the virtual festivals proved to be a tough juggle for me. That said, the Film Party room was super fun once you got the hang of it, and while I didn't get to attend the Amsterdam party, my editor took full advantage, had a blast, and has already connected with filmmakers interested in working with her on future projects.

Debbie Lum: It’s easier to have private, direct conversations. It’s harder to have spontaneous, surprising interactions. One might argue that I got more work done without having to sacrifice as much sleep. At the same time, I have eyestrain from staring at my computer screen.

Q: Can you tell us anything about your next film projects?

Jamila Wignot: I can't provide too many details, but I will be directing a 6-part music series next. Stay tuned!

Satu Runa is a Canadian-American screenwriter and director based in Los Angeles.