With the ITVS Open Call deadline right around the corner (next week in fact!), BTB brings you the first in a three part series breaking down the elusive ‘work-in-progress’. 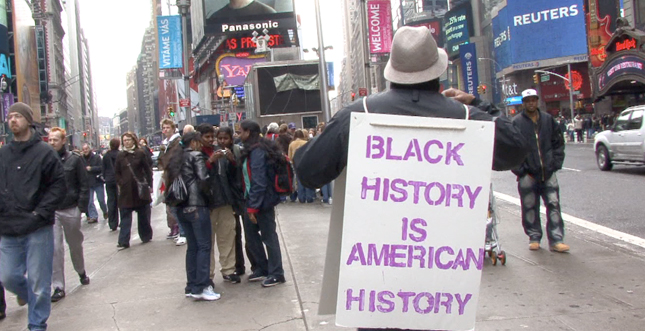 Here at ITVS, one of the most asked questions is "What Makes a Good Work in Progress?" Unfortunately, there isn’t a simple answer. The answer can vary depending on what material you have, the style of your film, what stage of production you’re in, etc. Over the next three days, we will share the experiences of three ITVS-funded producers who successfully submitted their work-in-progress samples to our Open Call initiative. Today we bring you More Than a Month’s Shukree Tilghman, the first time filmmaker who, despite being early on in production, received funding the first time he applied. Read on as Tilghman reveals the thought process behind his editing decisions and advice for potential applicants.

More Than a Month

Shukree Hassan Tilghman: The work-in-progress was really a proof of concept because a lot of it was just out of necessity. We didn’t have any funding except for Diversity Development Funding. We hadn't shot any of the film itself, so all we had to sort of rely on was our written materials. And this was my first film so we knew that a big part of what we had to do was get across that this could work and what it might look like. So we weren't in a position to produce a series of selects or a series of pertinent scenes. Even the stuff that we shot before we made this work-in-progress trailer; we knew it was not that great.

So our approach to making the work-in-progress was to make it as if it were the potential first ten minutes to the movie. We took a gamble that if we treated it like it was the beginning of this movie and if we ended it with the cliffhanger, then that would help to influence the panel. We had decided on a couple elements that might be in there. We knew that one of our key things was going to be this idea that there was a protest against black history month that I was in, so we knew we had to film those little scenes. We knew that there was a travel element to the film. We certainly didn't have enough money to travel to a bunch of places so we picked one place (Philadelphia) that we could go to and create a sense of that there was another place.

And we knew that we had to have some sort of expert so we got Manning Marable to do some sort of sit down interview. He happened to be right in town here in New York. We decided to structure the work-in-progress as if all of these scenes were connected and it was going from point A to point B in a linear fashion. We knew there was going to be a tonal question, we knew that was difficult to get across in the written materials and that was going to have to be sort of proved in the work-in-progress. We had to prove that it could be a little humorous and where that humor would come from. And also, we had to prove that I was a viable on-screen persona. Part of that was the decision to put that right up front.

We knew that the protest to end black history month was going to be part of the concept. I developed this idea that I would go out on the streets with a sandwich board. But originally we thought that would be towards the end of the film or maybe towards the middle that I would come to that decision. And because of the trailer, we thought why hold that? Just put that up front and that would be a way to introduce this onscreen character and that would be something new. You would already sort of set the tone that this would not be a typical doc; this was going to be something different. So we were cognizant of that and luckily for us it worked. I don't remember feeling like I wish we had more to submit. I think in a lot of cases, less is more. If you can put the panel, or any funding body, in a position where they want more, that's advantageous to the filmmaker. You would rather have that than have people say, "Yeah, it was good for 10 minutes and then it was really boring."

One thing that we were very clear about is that the work-in-progress was really only one half of a whole picture of the film and the other half was the proposal. And so they had to work together. Whatever questions there still may be after seeing the trailer, they would be answered in the written materials and vice versa. We really couldn't get the tone down in the written materials, it was hard to pull that off. The visual materials had to make up for that. We knew that the experience of the panel was that we were going to read something and see something, so they had to work together.

I would say that as a point of advice for anybody developing a work-in-progress, don't save your strong stuff. The strong stuff goes up as soon as possible. I don't think there's any place in a work-in-progress for anything that's average or weak. Even if it's a bridge to something else. You only have 10 minutes. Everything has to be really strong. I think we have a tendency as filmmakers to want to put it all in and I think we have to resist that.