By N'Jeri EatonProgramming Manager, ITVSThe third and final installment of our Open Call “Work-in-Progress” series focuses on the determined filmmaking duo behind Give Up Tomorrow, whose dogged persistence in refining their work-in-progress finally resulted in their film being greenlit. Having successfully submitted to ITVS Open Call, they reveal the thought process behind their editing decisions and advice for potential applicants. 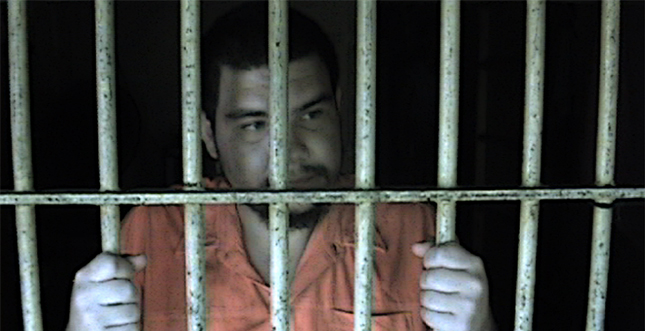 Give Up Tomorrow Producer/Director: Michael Collins, Producer: Marty Syujo Documentary Style: Social Issue Film Stage: Late-production Number of times applied: 4 Description: When a teenager from a political family in the Philippines is accused of double murder, the country’s judicial system is put to the test after years of alleged corruption.

Michael Collins: Our approach was that basically there were really three main things we wanted to highlight: the story, the characters, and then if there was an issue, what was the sort of social issue behind it. Something that we learned over the years of applying to ITVS was to put story and character first and to let the issues emerge organically, that’s where we found that our sample got stronger and stronger. So for this particular sample, we almost put a trailer up front where we put a faster pace piece cut with some music and stuff like that to represent the overall arc of the film, the story, the character, and to get a little taste of the plot. Then, after we targeted specific samples where we wanted to hone in on our main characters, our main conflict shows that we have really strong characters and we had access to everyone involved in it. So we showed Paco's family and we also showed the Trong family.  Something else that was important to us was that we were going to give people access to a world that they didn't have access to.  And that's why we really dove into the prison footage a little bit.

Marty Syjuco: One of our main objectives was to really show the access we had and to transport the viewer into that world. Even in the first 10-15 seconds, we wanted to grab the panel right away.  We were a little conscious of that fact.  At this point, we had submitted four times and we had gotten to phase 3 a couple of times.  So we were aware that it was going to be a jam-packed panel that had probably seen something like 30+ projects.  We wanted to grab the attention right away and we thought that the more you watched, the more compelling it would be. Ten minutes is not really long enough to get into the meat of a film. But it was six years in the making; we wanted to show that we had the entire arc and character development figured out.

MC:  We also wanted to show the diversity of the footage.  That it wasn't just going to be talking heads. There was going to be some storytelling of things that happened in the past but also things were going to be unfolding right in front of you. It was important to show that it wasn't just a tiny, little story that happened in the Philippines, but instead we wanted to show that this has reached the whole world. That’s why we showed parts of when it went to Spain and London so that it didn't feel like a tiny little story happening all in one place.  And I think that for us it was important to hear from Paco.

MC:  If you can get some of the final style, or if you know what the film is going to look like, really try to communicate that with some of the scenes. The pacing of it, the tone, etc.

MS: One advice would be to wait a while to make sure that you have the material, especially for Open Call.

MC: Our work-in-progress included brand new footage that we had just shot focusing on Paco’s parents visiting him- very intimate, emotional scenes we never had before.  And I think that it really helped us take the film to the next level.

MS: It also helped that Michael, being the director, was part of the edit team.

MC: The thing is that Marty and I were travelling, so I did a lot of it on a laptop from the Philippines. I brought someone in for one day to kind of go over it and tighten it up, Eric Metzgar, who ended up becoming our main editor. We brought in someone to consult with us and he ended up becoming our editor later on. I think it helps to get some outside eyes on your project before you submit and get feedback from people. I can see the value of spending some money up front if you can't do it yourself. We would spend money to work with writing consultants and things like that because we always felt that was a good investment because we knew our weaknesses.  So just know what your strengths and weaknesses are.

MC: The whole process of submitting to ITVS helped us hone our story and shape our vision.  It was really an integral part of our storytelling journey.

MS: If we looked at the first time we submitted through to the last time, the evolution of the project really developed in leaps and bounds. We really wanted to make sure that the work-in-progress was an accurate representation of the treatment, that they weren't going to look at these two things and think that one has nothing to do with the other. I think that was our problem in the beginning.  You have that tendency to oversell in the treatment because you haven't shot everything yet.  It builds up the reviewer’s expectations. Then they see the work-in-progress and say, "Well, that's not what I just read about." So make sure that the two are synchronized. Our strongest treatment ended up happening when we shifted the emphasis onto our story/characters and away from all of the issues. When our work-in-progress sample did the same thing, it was working really well. I think it was really just about finding those key moments in the plot, the characters that are obviously the key characters, highlighting some of their key moments and their own personal arcs. And if you have the footage, show samples of that.

MS: Show your work-in-progress to someone who doesn't know anything about the project and try to get their feedback. A lot of times people are working on their ITVS applications right up until the last second. But the sample is such a big component; so just make sure you build that into the timeline, perhaps showing it to a filmmaker and a non-filmmaker.

MC: Do not take any rejection personally. Understand how competitive it is, which shouldn't dissuade people. It was hard for us the first time because it was our first time going through the process. But after a while, you just kind of learn to grow from it. Just try to take all of the most positive things that you can from the feedback and keep moving forward.  Don’t let it derail you for too long.

MS: We actually met filmmakers who only submitted once and then they stopped. They said, "What's the point?"  Whereas Michael and I always rose to the challenge every time we would submit and be rejected. We looked at that as an opportunity to kind of rework- to review, rework, and resubmit. Also, we were lucky because each time we would apply, we would get a little further and further. So we just felt like that if we kept at it, then hopefully one day we would be lucky.  Our film is also called Give Up Tomorrow and it's about a guy who is wrongfully convicted and doesn't give up, so we also felt that we weren't going to give up and that we had to tell Paco's story.

MC: We were going to keep on applying until ITVS got sick of us and finally gave us money!