As a filmmaker, Tadashi Nakamura has made shorts and features that have played at Sundance and on national television, but he is following a titan. His father is Robert Nakamura, whose formidable and pioneering career has established him as the Godfather of Asian American media (his colleagues refer to him as “Bob”). Robert’s work includes directing, with his producing partner and wife Karen Ishizuka, nonfiction and fiction films that were some of the first to address the Japanese American experience; co-founding Visual Communications, the nation’s oldest community-based media organization, still going strong more than 40 years later, developing, supporting, and archiving the work of Asian American and Pacific Islander filmmakers in Los Angeles; and decades of teaching and mentoring young filmmakers at UCLA, where he also founded the Center for EthnoCommunications in 1996.

It’s been a few years since Robert retired from UCLA, and in just those years, it appears that many of the things he spent his life working against—the human rights abuses of Japanese American incarceration during WWII, the loss of cultural history in a community torn from its roots, the lack of political consciousness among Asian Americans—have returned in force.

As a subject of his own son Tadashi’s biographical documentary, Third Act, Robert’s long career as a filmmaker and community advocate provides rich base material, and the current political moment an urgency to his reflections. He’s also well aware of the inner workings of making a documentary film, and his participation in Tadashi’s film immediately complicates the traditional power dynamics between a filmmaker and a subject.

"When we put on our filmmaker hats, it forces us to be more expressive.”

Co-creation and collaborative filmmaking are buzzwords currently making their way around the industry, spurred by a crisis of conscience among gatekeepers looking for more ethical filmmaker-subject relationships beyond the removed spectacle of observational, vérité filmmaking. Even when the subjects of documentaries are directors themselves, usually it is about them opening up their process to the camera, and the resulting film is packaged in the same didactic tones that are currently being criticized.

Tadashi’s vision for Third Act floats in the middle, but it was Robert who, according to his son, “wants to pull back the curtain” within the film. After all, as Tadashi explained to me, it was in his father’s class at UCLA that he was introduced to filmmaking. “As a mentor of mine, he wanted me to push myself and get out of my comfort zone,” Tadashi says.

In that sense, the stylistic decision to show himself and his father working together on setting up each interview is a passing down of an artisan craft, as well as a family and social history. In addition to this filmmaking metastructure, and “thinking about how to utilize [Robert’s] films as b-roll instead of doing clips,” Tadashi is also planning on experimenting with in-camera effects by constructing a room with projections on every vertical wall of the room, and then placing Robert inside this room for interviews. 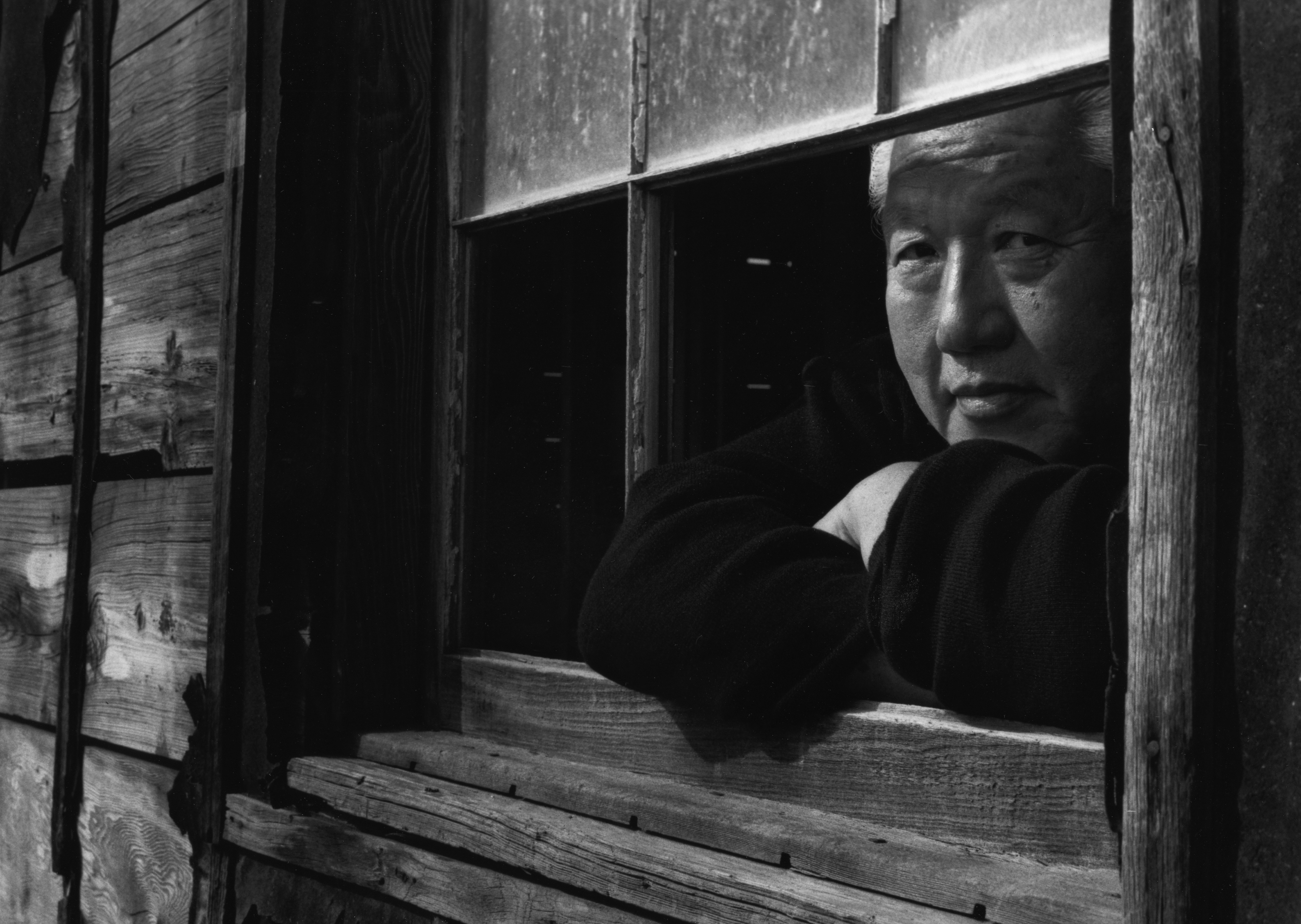 “It’s not only a metaphor for his dementia and depression but it is about the concentration camps. It’s about being imprisoned by that experience and trauma as well as being trapped in your own deterioration of memory,” Tadashi said, referring to Robert’s incarceration as a child at Manzanar, the most widely known of the Japanese internment camps. Now, Manzanar is a National Historic Site that preserves and interprets the legacy of Japanese American imprisonment in the United States.

Moving into production on Third Act after a year of fundraising and development, including attending the ITVS Independents Summit, Tadashi is now additionally facing Robert’s progressing Parkinson’s. He not only sees the project as a chance to address unspoken trauma and to celebrate a career, but also as a more concrete gift to his father as a creative outlet to help occupy his time, and for both father and son to process family history: “I would never sit my dad down and ask him big questions, and he wouldn’t even answer me," Tadashi says. "But sitting down in front of the camera, all of a sudden I become the director. ‘I need to get the take.’ When we put on our filmmaker hats, it forces us to be more expressive.”

Lately, Tadashi has also been incorporating more of the personal into Third Act. Tadashi’s own son, Paolo “Prince” Nakamura, is almost the same age as Robert when he was sent to Manzanar, and he is starting to make appearances in the footage. Even more, Tadashi is about the same age as Robert when he filmed his own father for Wataridori: Birds of Passage (1974), which weaves together the stories of three issei immigrants with the trauma of incarceration.

All of these reverberations and ghosts hold the potential to enrich the project, through a rare Asian American family whose family tradition is filmmaking. When asked about the recognition that Third Act could be the last time he is able to collaborate with his father, Tadashi responded:

“I’ve been thinking about how among Asian American and particularly Japanese American communities, there’s the thing about ‘being a good son.’ The way I could make my parents the most proud was to become an artist instead of a doctor. Everything from the subjects of my films to working with both of my parents and including them was a way to be a good son.”

It’s filmmaking as a way of strengthening family bonds and preserving them for the future.

Abby Sun is a freelance programmer and critic.