A young man’s transformative journey from a diagnosis of severe autism at age three to his dream job, dancing in an all-male ballet company. 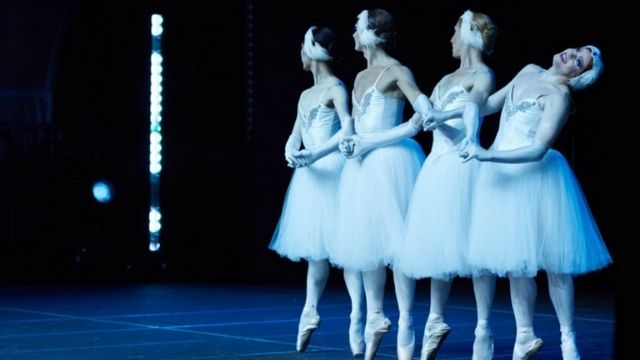 Chana Gazit is an award-winning producer/director/writer. Her work has been honored with three EMMY Awards and by the Alfred I. duPont Columbia Journalism Awards, the Writers Guild Awards, and Sundance Film Festival. She is known for her historical documentaries as well as for her verite-driven films. She was the senior producer of two acclaimed… Show more presidential biographies: Franklin Roosevelt and Lyndon Johnson. Her portfolio includes seven films for the PBS series American Experience: Chicago ’68, Surviving the Dust Bowl, Meltdown at Three Mile Island, Fatal Flood, The Pill, Test Tube Babies, and The Forgotten Plague. Her other documentaries have been featured as part of major stand-alone series including Healing and the Mind with Bill Moyers, Slavery and the Making of America, Destination America, This Emotional Life, Broadway or Bust, America Divided, and most recently Soundtracks. Show less

At age three, Philip Martin-Nielson was diagnosed with severe autism. He didn’t speak his first words until he was five. Yet by the time he turned eighteen, he was touring the world with New York City’s all-male comic ballet company Les Ballets Trockadero de Monte Carlo. Emmy-winning filmmaker Chana Gazit and dance educator Martie Barylick’s Ballerina Boys captures Philip’s journey from finding his voice through dance to fulfilling his lifelong dream — not just dancing professionally in a world-renowned company, but performing solo roles normally reserved for prima ballerinas. Following Philip and his fellow “Trocks” on a European tour and a road trip through North and South Carolina, the film travels in and out of rehearsal spaces, performance halls, touring buses, and the past, tapping a trove of archival material.

Philip’s unlikely tale is inseparable from the larger story of the Trocks, a company full of former little boys who wanted to be ballerinas. Combining drag and classical ballet to hilarious — and breathtaking — effect, the Trocks have been performing loving parodies of works like Swan Lake since the early 1970s, for audiences as far-flung as Finland, China, and Galveston, Texas. In the course of telling their story, and Philip’s, Ballerina Boys explores issues ranging from gender fluidity to the autism spectrum to arts education funding. Offering a window into the lives of those existing outside the sometimes tightly guarded realm of “normal,” it chronicles these artists’ struggles for legitimacy and recognition.