An anguished Somali father in Minnesota seeks to understand what led his American son to attempt to join the Islamic State (ISIS) in Syria. 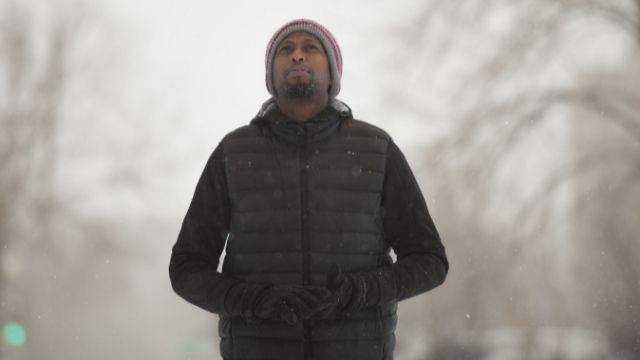 Eunice Lau is an independent filmmaker and former journalist with a propensity toward stories concerning social justice. After years of reporting on Cambodia and the war trial, she wrote and produced "The Trouble with Waiting" which won the Grand Jury award at Busan Asian Short Film Festival 2008. Eunice has an MFA from New York University Tisch School of… Show more the Arts and her short documentary on Somalia "Through the Fire" was nominated for the Student Academy Awards 2012. She is teaching documentary film as an adjunct professor at Baruch College. Show less

Twenty-five years after Yusuf Abdurahman left Somalia as a refugee to begin his life anew in Minnesota — which has the largest population of Somalis in the United States — his worst fear is realized when his 19-year-old-son Zacharia is arrested in an FBI counterterrorism sting operation. Through the eyes of a father striving to understand why his young son would leave his American life behind to attempt to join the Islamic State (ISIS) in Syria, Accept the Call explores racism and prejudice against immigrants, the rise of targeted recruitment by radicalized groups, and the struggles of Muslim youth growing up in the U.S. This intimate film captures the story of a father and son attempting to mend their relationship after breaking each other’s hearts.