America Revisited II - Harlem: The Soul of the Nation

Harlem: The Soul of the Nation tells the rich, bold, and complicated history of Harlem, and the people who witnessed its flourishing. 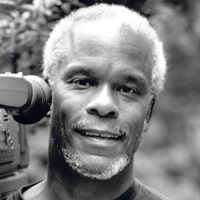 Stanley Nelson is an Emmy Award-winning documentary filmmaker, MacArthur “genius” Fellow, and member of the Academy of Motion Picture Arts and Sciences. He was awarded the National Humanities Medal by President Obama in August 2014. Nelson has directed and produced numerous acclaimed films, including Black Panthers: Vanguard of the Revolution (Independent Lens), Freedom Summer, Freedom Riders, Jonestown: The Life and Death of People’s Temple… Show more and The Murder of Emmett Till. He is also the co-founder and Executive Director of Firelight Films and co-founder of Firelight Media, which provides technical support to emerging documentarians. Show less

Harlem: The Soul of the Nation tells the rich, bold, and complicated history of Harlem, and the people who witnessed its flourishing. The film dissects distinct periods of Harlem’s development, retracing the dynamic population shifts of the 20th century – from the Jewish and Italian farmlands of the late 19th century to the Black artistic explosion of the Harlem Renaissance and Jazz Age in the 1920s, detailing the story of the “New Negro Movement” grown in Harlem with the first generation of Black people born completely outside the stifling bounds of enslavement.