Brothers Manuel and Valente Valenzuela both volunteered and fought in Vietnam. Fifty years later they are among thousands of U.S. military veterans who are being deported. 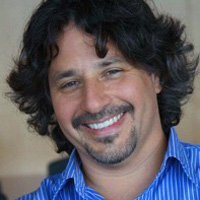 John Valadez has been producing and directing award-winning documentaries for PBS and CNN for the past 14 years. His credits include the critically acclaimed Passin' It On, which aired on P.O.V. in 1994 and The Last Conquistador, which aired on P.O.V. in 2008. He also was a producer for three PBS series: Making Peace; Matters of Race; and Visiones: Latino Arts & Culture.… Show more He was a producer of Beyond Brown for PBS, and he produced "High Stakes Testing" for CNN Presents. He wrote, directed, and produced The Chicano Wave segment of Latin Music USA, which will be rebroadcast by PBS in September 2010. Valadez is a founding member of the New York City chapter of the National Association of Latino Independent Producers (NALIP). He is a Rockefeller Fellow and a PBS/CPB Producers Academy Fellow. He has twice been a New York Foundation for the Arts Fellow and is a graduate of the film program at New York University's Tisch School of the Arts. Valadez lives in Warwick, New York. Show less

Other ITVS Films
The Last Conquistador
The Longoria Affair

For over 25 years Carleen produced and co-produced long form non-fiction films for HBO, PBS, the Learning Channel, BBC, CBC, and Channel 4 UK with subjects ranging from the obesity epidemic in America to gender identity in Thailand to faith healing in Africa. The documentaries have been recognized for their exceptional storytelling and original content… Show more with two George Foster Peabody Awards, a Royal Television Society Award, a Grierson Award, a Foreign Press Association Award for Best Documentary, and a nomination for a national News and Documentary Emmy.  Show less

Two brothers, Manuel and Valente Valenzuela, both volunteered and fought in Vietnam. They returned wounded and with distinguished records. Valente even earned the Bronze Star for combat heroism. Fifty years later they are among thousands of U.S. military veterans who are being deported. Now in their 70s, the brothers reluctantly don their uniforms for one last mission; to “leave no soldier behind” and bring deported veterans back home. Along the way they meet others whose lives have also been impacted; a gold star father, whose daughter was killed trying to save another soldier during the Iraq war, finds himself facing deportation; and an army vet, who is wheelchair bound because of a devastating military injury, faces exile as well.

At one point the state of Colorado tells Manuel Valenzuela he is a citizen and invites him to vote in a federal election (which he does), at the same time the Department of Homeland Security is trying to execute his deportation. If convicted by the federal government of illegal voting Manuel could spend eight years in prison.

It’s a quixotic tale of two soldiers who still believe in service and sacrifice for the greater good. Their journey ultimately leaves one brother exiled in a foreign land, while the other will go all the way to the White House.