When the United States dropped bombs on Laos, millions of cluster bombs failed to explode, leaving the country massively contaminated. 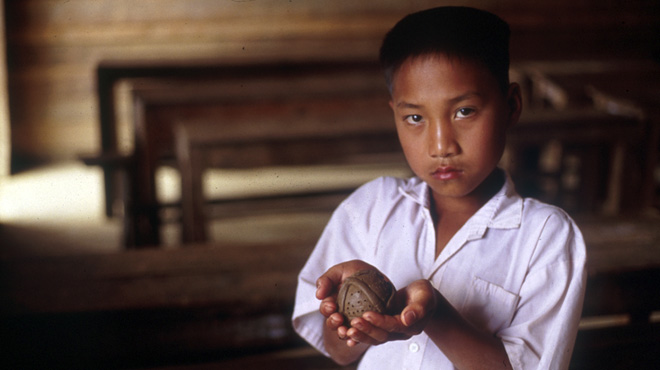 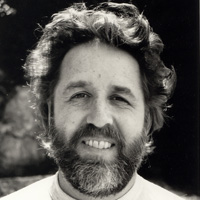 Jack Silberman has been making films for 20 years and has extensive international experience, especially in Asia, where he lived and worked for eight years. His films have won more than 40 national and international awards. He studied documentary film production at M.I.T. and earned a Master's degree from Harvard University, where his studies focused on… Show more educational television. His production Swimming With Whales was narrated by Gregory Peck and broadcast on the PBS series NOVA. His film Battle for the Trees won first place at the International Nature Film and Television Festival where it was in competition with 125 of the best environmental films from around the world. During the Earth Summit in Rio de Janeiro he organized the Mostra Vida, a festival of more than 100 international films which were screened at various locations around Rio — from the grounds of the Global Forum to the slums of Rochina. Recently, he directed three films about the conservation of sharks, dolphins, and orangutans. Show less

Between 1964 and 1973, the United States conducted a "secret" war, dropping more than two million tons of bombs on the mountains and jungles of Laos. Many of these bombs — especially bomblets from a newly developed weapon called a "cluster bomb" — failed to explode when they hit the ground, leaving the landscape littered with millions of unexploded bombs, as dangerous today as when they fell from the sky three decades ago.
Dubbed "bombies" by Laotian villagers, these eye-catching but deadly orbs, as brightly colored as exotic fruit, are still found by children playing in shallow dirt, in the clefts of bamboo branches, or in the furrows of fields where farmers still till the soil by striking the earth with a hoe.

In 1964, as the Vietnam War was intensifying, the United States attempted to staunch the flow of North Vietnamese people and supplies moving along the Ho Chi Minh Trail, which detoured through Laos before heading into South Vietnam. Laotian Communists, backed by North Vietnam, were fighting in a civil war against the U.S.-supported Royal Lao government. Because the United States signed the 1962 Geneva Accords prohibiting American military involvement in Laos, the bombing — organized by President Kennedy, the CIA, and the Air Force — was kept secret, both from Congress and from the American people, to pursue a covert strategy for ridding the countryside of Communists. Initial targets were Communists troops, supply depots, and lines of communication.

Later, to prevent the soldiers from having access to men and materials, the U.S. began to bomb farms, villages, and towns. The consequences for Lao civilians were devastating. American planes delivered the equivalent of a B-52 planeload of bombs every eight minutes, 24 hours a day, for nine years. More bombs were dropped on Laos at that time than on Germany and Japan combined during World War II.

In the last three decades more than 12,000 people, many of them children, have been killed or injured by bombies or other unexploded ordnance (weapons). With an estimated 90 million cluster bombs dropped on Laos, many experts consider Laos to be the most heavily ordnance-contaminated country in the world.

Bombies relates the untold story of the deadly legacy of unexploded cluster bombs in Laos through the personal experiences of villagers, activists, and others who courageously deal with them on a daily basis.