Caught in the Crossfire - Arab Americans in Wartime

Caught in the Crossfire follows the lives of three Arab American New Yorkers after the September 11 terrorist attacks. 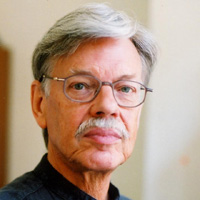 Calvin Skaggs is president of the company he founded, Lumiere Productions. With more than two dozen films and television productions to his credit, Skaggs has spent 25 years creating both dramatic and documentary films. He made his producing debut on public television in 1975 with the award-winning series The American Short Story, then went on to create… Show more productions for American Playhouse, including the feature Go Tell It on the Mountain, and for other PBS series such as American Masters and WonderWorks. Skaggs executive produced and directed the documentary series With God On Our Side: The Rise Of The Religious Right In America, 1950-1994 as well as the verité series Local News. Skaggs’s work has also included The Circus (HBO), Vanished: Inside the Witness Protection Program and Diamonds! for Discovery. Among his acclaimed theatrical features are Horton Foote’s On Valentine’s Day, Fly By Night (Best Dramatic Film at the 1993 Sundance Film Festival), and The Wash. Show less

Other ITVS Films
Democracy on Deadline: The Global Struggle for an Independent Press
With God on Our Side: The Rise of the Religious Right in America, 1950-1994

Brad Lichtenstein is a filmmaker, virtual reality storyteller, radio producer, and founder of 371 Productions. He has been nominated for two Emmys and won two DuPonts and a Peabody. Recent films include the PBS FRONTLINE documentary American Reckoning (with Yoruba Richen) and the Participant documentary Messwood (with Emily Kuester). When Claude Got Shot… Show more is his third film for Independent Lens. Show less

Other ITVS Films
Almost Home
As Goes Janesville
When Claude Got Shot
With God on Our Side: The Rise of the Religious Right in America, 1950-1994 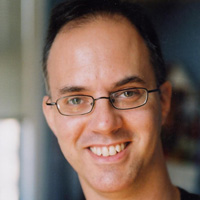 David Van Taylor is vice president of Lumiere Productions, where he completed Local News (PBS). He began in the company as series producer of With God On Our Side: The Rise Of The Religious Right In America, 1950-1994 (ITVS). Van Taylor's feature documentary A Perfect Candidate was nominated for an Emmy. Since 1986, Van Taylor has written, directed, and… Show more edited for PBS, HBO (She's Having a Baby Brother), Discovery (Hollywood Talent Agents), MTV (I Want To Be A Millionaire), and TV Nation with Michael Moore. His first film, Dream Deceivers: The Story Behind James Vance vs. Judas Priest, won an International Documentary Association Distinguished Achievement Award. Show less

Other ITVS Films
With God on Our Side: The Rise of the Religious Right in America, 1950-1994

Before September 11, New York’s Arab population was an immigrant group making its way like any other: politically diverse; assimilated and separatist; Muslim, Christian, and fundamentalist; wealthy and working class; struggling and successful.

But when two planes hijacked by Islamic extremists destroyed the World Trade Center, the lives of this ethnic group changed within hours. Whether they liked it or not, Americans of Arab origin were now caught in the crossfire of President Bush's war on terrorism. Many found themselves caught between belief in the American dream and dissent from American foreign policy, between empathy with victims and anger at being stereotyped, between their new lives in America and the powerful ties that bind them to their homelands.

Centered in New York City, where September 11 directly affected Arab Americans from every walk of life (including scores who were killed in the World Trade Center), Caught in the Crossfire puts viewers in the shoes of three individuals, each of whom — because of their job and/or place in the community —had a particularly tricky road to navigate in the months following the attacks. The characters featured in the film are:

• Ahmed Nasser, a New York City cop from Yemen who was stationed at ground zero. In the aftermath of the terrorist attacks, he learned that some fellow officers ignored or minimized calls for help from harassed Arab Americans in the community, and joined with other Muslim cops to provide protection for the community.

• Khader El-Yateem, a Christian minister who considers his homeland Palestine, leads a church in Brooklyn. Most of his family lives in the occupied West Bank.

• Raghida Dergham, a high-level Lebanese American diplomatic correspondent and journalist working at the United Nations. The Lebanese government is indicting her for "dealing with the enemy" for appearing on television with an Israeli.