Can you own a sound? 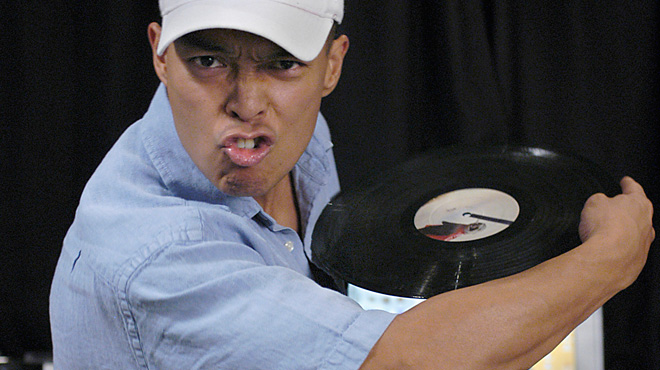 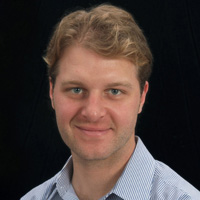 Ben Franzen is an Atlanta-based photographer and video producer. He owns and operates an independent production company, Changing Images, which provides a variety of media expertise ranging from large format photography to HD video production. Franzen earned a BFA in photography and a BA in the communication studies production program at the… Show more University of Iowa. His specialty is providing solutions for media needs — from the production of interactive web videos for the National Library of Medicine’s Diabetes Project to editing the show Squidbillies for Cartoon Network. Clients such as BlackBerry, Home Depot, Oracle, and Symantec have hired Franzen’s production company, and his reputation has drawn video commissions from artists such as jazz musician Bobby Previte. Most recently, he produced a big-budget, three-screen, hi-def industrial video for 24 Hour Fitness. Franzen’s personal work has been shown in film festivals, and he has received awards and grants from the Iowa Arts Council and the National Endowment for the Humanities. Show less 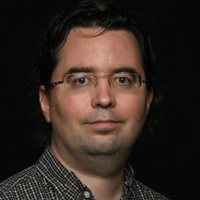 Kembrew McLeod is an independent documentary filmmaker and an associate professor of communication studies at the University of Iowa. His books and films focus on both popular music and the cultural impact of intellectual property law, such as Freedom of Expression®: Resistance and Repression in the Age of Intellectual Property, which received a book… Show more award from the American Library Association in 2006. He co-authored a book with Peter DiCola, Creative License: The Law and Culture of Digital Sampling, and co-edited a book with Rudolf Kuenzli, Cutting Across Media: Interventionist Collage, Appropriation Art, and Copyright Law; both will be published by Duke University Press mid-2010. McLeod’s documentary, Money For Nothing: Behind the Business of Pop Music, was programmed at the 2002 South by Southwest Film Festival and the 2002 New England Film and Video Festival, where it received the Rosa Luxemburg Award for Social Consciousness. His second documentary, titled Freedom of Expression®: Resistance and Repression in the Age of Intellectual Property, is a companion to the book of the same name. McLeod is an occasional music journalist whose pieces have appeared in Rolling Stone, Mojo, Spin, the Village Voice, and the New Rolling Stone Album Guide. Show less

Long before people began posting their homemade video mashups on the Web, hip-hop musicians were perfecting the art of audio montage through sampling. Sampling — or riffing — is as old as music itself, but new technologies developed in the 1980s and 1990s made it easier to reuse existing sound recordings. Acts like Public Enemy, De La Soul, and the Beastie Boys created complex rhythms, references, and nuanced layers of original and appropriated sound. But by the early 1990s, sampling had collided with the law. When recording industry lawyers got involved, what was once called “borrowed melody” became “copyright infringement.”

Copyright Criminals examines the creative and commercial value of musical sampling, including the related debates over artistic expression, copyright law, and money. The film showcases many of hip-hop music’s founding figures like Public Enemy, De La Soul, and Digital Underground, as well as emerging artists such as audiovisual remixers Eclectic Method. It also provides first-person interviews with artists who have been sampled, such as Clyde Stubblefield — James Brown’s drummer and the world’s most sampled musician — and commentary by another highly sampled musician, funk legend George Clinton.

Computers, mobile phones, and other interactive technologies are changing our relationships with media, blurring the line between producer and consumer and radically changing what it means to be creative. As artists find more inventive ways to insert old influences into new material, Copyright Criminals poses the question: Can you own a sound?