The future of human reproduction, available now in Los Angeles. 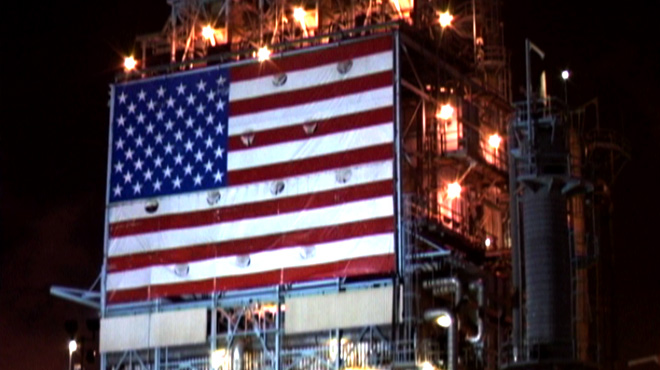 Eric Black is a photographer and documentary filmmaker based in San Francisco and Berlin, Germany. His films as director/producer/cinematographer (also with Frauke Sandig) include Heart of Sky, Heart of Earth, Frozen Angels, and After the Fall–all three were official selections in over 200 international film festivals.

Other ITVS Films
After the Fall
AWARE: Glimpses of Consciousness

Frauke Sandig is a documentary filmmaker based in Berlin, Germany. She also works as a commissioning editor for Deutsche Welle. Her previous theatrical films as director/producer/dramaturgist (also with Eric Black) are Heart of Sky, Heart of Earth (2011), which premiered at the International Documentary Film Festival Amsterdam, Frozen Angels (Sundance… Show more 2005), and After the Fall (Berlin IFF 2000). Show less

Other ITVS Films
After the Fall
AWARE: Glimpses of Consciousness

The Sundance Film Festival describes Frozen Angels as “a mesmerizing work that is not so much a science film as a startling conduit into the future of the American Dream, where ‘perfect children’ can be added to the shopping list.” The film makes the connection between individual desire and a society that would seek to design its children. It takes a rollercoaster ride through Los Angeles, a city better known for freeways, film sets of epic proportions, silicone implants, Governor Schwarzenegger, Muscle Beach, and Disneyland ... for elevating the superficial to an art. But in the Mecca of the “Body Perfect,” one in six couples are now infertile and Angelinos lead the world in the number of fertility clinics per capita. With no government regulation to restrict them, L.A. is home to the world’s largest egg donor agency, largest sperm bank, and largest surrogate mother agency. Nearly all these businesses’ customers are wealthy, and almost all are white.

With the potential to screen for more than 2,000 genetic diseases coming on line in the very near future, who would risk having imperfect children the old-fashioned way? And what corporation would insure them?

Frozen Angels is a highly visual and stylized film, often more reminiscent of fiction or a science fiction film than documentary: the fluid camera is almost always in motion on a steadicam, in automobiles or helicopters. With no narration, the characters tell their own conflicting stories; viewers are asked to contemplate their own thoughts about the coming of the new eugenics and the world we will leave for the children being created. No one’s moral code is left unchallenged.