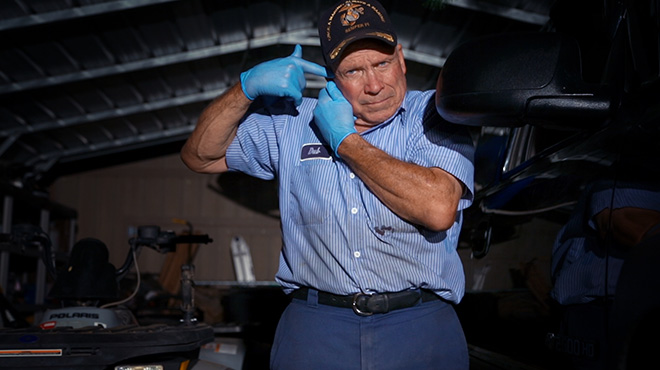 Brad Barber got his start in documentary by shooting a film across five continents in 2001. After returning to the States he attended USC where he received an MFA in Cinema-Television Production. He then worked in Los Angeles as an editor, cinematographer, and director/producer of documentary film and television, with credits on PBS, Showtime,… Show more Discovery Channel, ESPN, and Google, among others. Brad was nominated for an Emmy for his work as an editor on the HBO documentary Resolved, on which he also served as an associate producer and cinematographer, and has won multiple regional Emmys for his public television documentary series Beehive Stories. Brad is currently an Associate Professor of non-fiction film at Brigham Young University in Provo, Utah. Show less

Scott Christopherson was one of ten documentary filmmakers featured in Variety’s “Docu-makers to Watch” list in 2015. Scott’s debut feature film, Peace Officer, won both the Grand Jury and Audience Awards for best documentary at the SXSW Film Festival. His films have screened at festivals including Hot Docs, Full Frame, and Camden. His work has been… Show more featured by the Museum of Modern Art. Show less

Other ITVS Films
Scenes from the Glittering World

Peace Officer is a documentary about the increasingly militarized state of American police as told through the story of William "Dub" Lawrence, a former sheriff who established one of Utah’s first SWAT teams (Davis County), only to see that same unit kill his son-in-law in a controversial standoff 30 years later. Driven by an obsessed sense of mission, Dub uses his own investigation skills to uncover the truth in this and other recent officer-involved shootings in his community, while tackling larger questions about the changing face of peace officers nationwide.