A groundbreaking documentary series embedded inside the long shot election and tumultuous first term of Larry Krasner, Philadelphia's unapologetic District Attorney, and his experiment to upend the criminal justice system from the inside out. 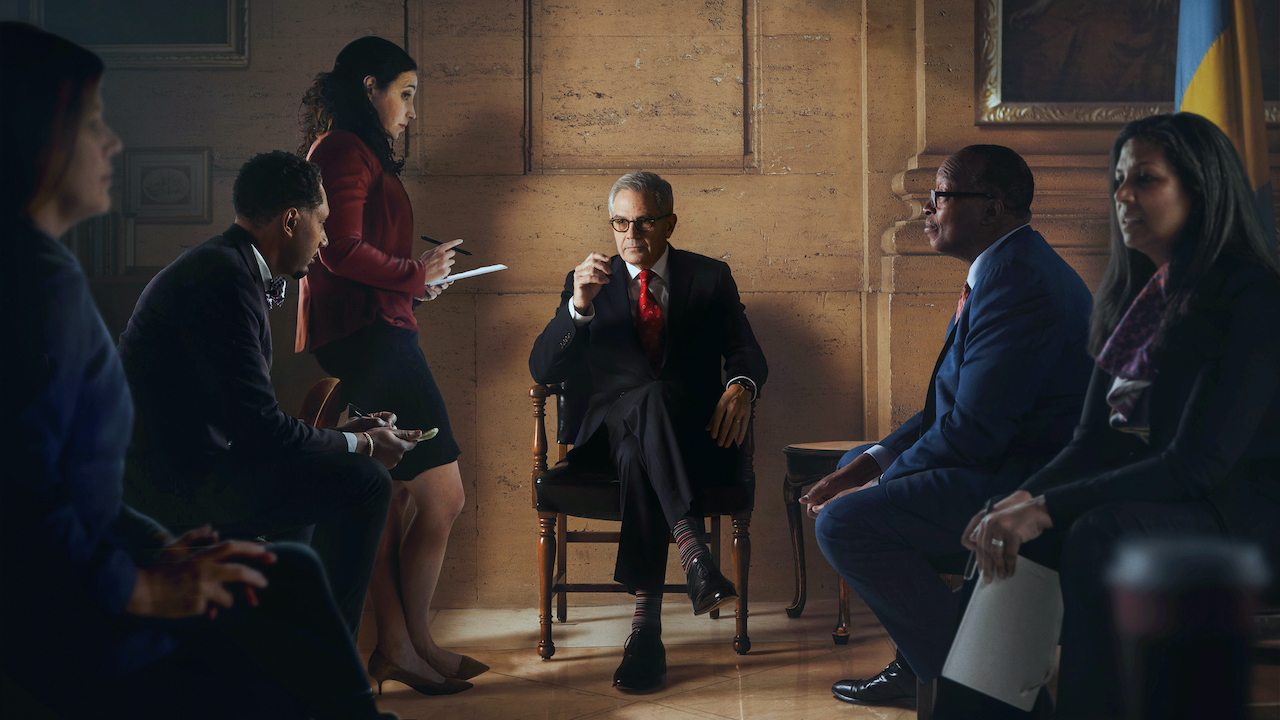 Ted Passon is an award-winning director and video artist. He has directed episodic series for Netflix and Disney. He is a 2016 Sundance Lab Fellow, a recipient of the Pew Foundation Individual Artist Fellowship Grant, and a 2016 Headlands Artist in Residency. He has exhibited his award winning short films in festivals and galleries around the US and abroad… Show more including exhibitions by the Whitney Museum, Yerba Buena Center for the Arts, and 96 Gillespie in London. Show less

Creator and producer Nicole Salazar is a documentary filmmaker and journalist who has worked on investigative and breaking news stories in the US and internationally for over a decade. She was a producer for the Emmy Award-winning investigative series, Fault Lines on Al Jazeera. Credits include Guatemala's Disappeared, Lost in the System, Undocumented in Trump's America… Show more (Headline Award Winner), and worked as a producer and journalist for the award-winning independent daily news program Democracy Now! Show less

In 2017, Philadelphia, Pennsylvania had one of the highest incarceration rates of any major city in the United States. And it’s become the epicenter of a historic experiment that could shape the future of prosecution in America for decades to come. When civil rights attorney Larry Krasner mounted a long shot campaign to become District Attorney, he ran on a bold pledge: to end mass incarceration by changing the culture of the criminal justice system from within. He shocked the establishment by winning in a landslide.

Now, the bureaucrats he spent his campaign denigrating are his co-workers; the police he alienated are his rank-and-file law enforcers. Pressure comes from all sides of a system resistant to reform. Krasner’s unapologetic promise to use the power of the D.A.’s office for sweeping change is what got him elected; now that he’s in office, that same stubbornness threatens to alienate those he needs to work with the most.   From the eye of this political storm, filmmakers Ted Passon, Yoni Brook, and Nicole Salazar gained unprecedented access into Krasner’s office and behind the scenes of the criminal justice system. Over the course of eight episodes, Philly D.A. explores the most pressing social issues of our time—police brutality, the opioid crisis, gun violence, and mass incarceration—through the lens of an idealistic team attempting fundamental overhaul from within the system.