Society’s obsession with video and online gaming has advanced to the point that virtual environments are indistinguishable from physical ones. 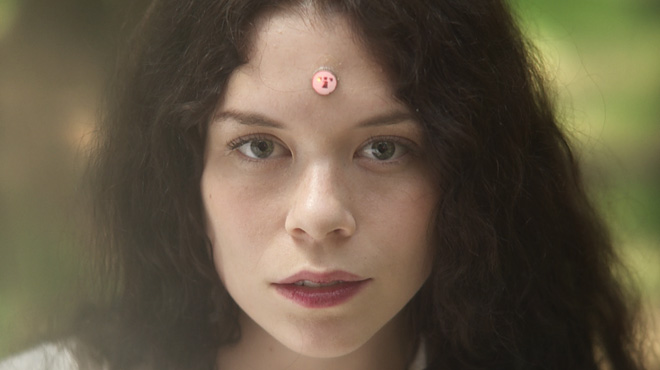 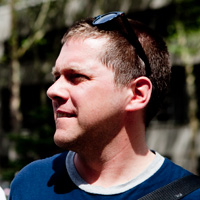 David Kaplan is the writer/director of the feature film Year of the Fish, which premiered at the 2007 Sundance Film Festival and was released theatrically in 2008. Year of the Fish won Best Film honors at the 2007 Avignon Film Festival and the 2007 Asheville Film Festival; the Audience Award at the 2007 Independent Film Festival of Boston; and was nominated… Show more for the Piaget Producers Award at the 2009 Independent Spirit Awards. Kaplan has made several short films, including Little Red Riding Hood starring Christina Ricci and Quentin Crisp, which premiered at the 1997 Sundance Film Festival, was shown in theaters and on television throughout the world, and has been taught as part of the curriculum at Harvard, Oxford, and Columbia Universities. His other award-winning shorts include Little Suck-a-Thumb, The Frog King (1995 Sundance Film Festival), and LoveDeath, commissioned for Lincoln Center’s 2003 New York Video Festival. He is currently in post-production on his second feature film, a comedy set in an Indian restaurant in Jackson Heights, Queens, starring Aasif Mandvi (The Daily Show), Madhur Jaffrey (Shakespeare-Wallah) and legendary Bollywood actor Naseeruddin Shah (Monsoon Wedding). Kaplan recently lectured at Scripps College in Claremont, Calif. on “Fairy Tales into Film.” He has been a lecturer or guest speaker at Parsons School of Design, Pratt Institute, Columbia University, and the Tampere School of Art and Media, Finland. Show less

Play imagines a not-too-distant future where video games have become indistinguishable from reality. These fully immersive games are nested inside each other like Russian dolls — each new game emerging from another and connecting backwards with increasing complexity. One moment, a player is a Japanese schoolgirl embroiled in a pillow fight with her girlfriends — and the next moment, the player has suddenly morphed into a scandalized state senator defending himself against a throng of angry reporters.

Synthetic experience competes with real experience as dream, fantasy, and memory begin to collapse into each other. Identities become elastic as the players consecutively inhabit completely different genders, ages, and ethnicities. They must confront a new state of “play” where the distinction between the real and the virtual blurs and their true selves are called into doubt.

A host of questions emerge: Who are the players? Who are the game designers? What is the purpose of these games? What is the point of winning? Where is it all leading? And if someone wants to stop playing, where in the hell is the escape button?

Play has the structure of a puzzle, and is not meant to resolve into a single explanation or interpretation. Rather, the film is a meditation on our present day of hyperconnectivity and information overload, using videogames as the metaphor for the very human search for meaning and identity.

The first collaboration between filmmaker David Kaplan (Little Red Riding Hood and Other Stories, Year of the Fish) and game designer Eric Zimmerman (Gamelab, Rules of Play), the making of Play was an exciting merging of new media with old media. The film was shot in six days, mostly in New York City, with a small crew and a large cast of local New York actors. It was produced by Atilla Salih Yucer (Three Backyards), executive produced by Rocco Caruso (Three Backyards, Judy Berlin), and shot by Michael Simmonds (Big Fan, Goodbye Solo).