Playwright: From Page to Stage

The lives of two young playwrights — one from Miami’s inner city and the other from Cleveland — are brought together. 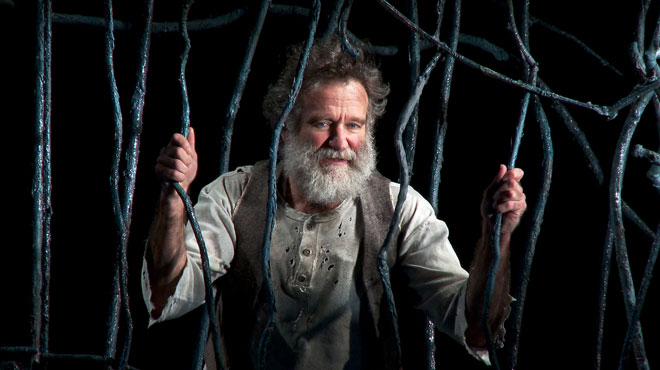 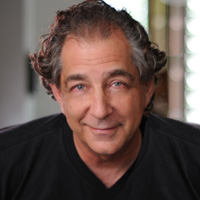 Robert Levi is an independent writer, director, producer and cinematographer. In 2008, Billy Strayhorn: Lush Life became the first show in broadcast history to receive three important awards in one year: the Emmy for Best Documentary, the Peabody Award, and the Writers Guild Award for Best Documentary Screenplay. In addition, Levi received three Best… Show more Script nominations from the Writers Guild for his other work. His film Duke Ellington: Reminiscing in Tempo, premiered on PBS's American Experience, received an Emmy, and later played on A&E’s Biography. He wrote, produced, and directed Mott Street, a 35mm dramatic film short for PolyGram, and his work has screened at festivals including Berlin, London, Melbourne, Munich, and AFI. As a director of photography, Levi has worked with many directors, including Norman Jewison, Sidney Pollack, and Nick Broomfield. The first film he produced, the prison documentary Scared Straight, won a Best Feature Documentary Oscar. Show less

Joshua Blum is founder and Executive Producer of Washington Square Films, Inc. His newest feature film projects include Executive Producer on All Is Lost, starring Robert Redford, and written and directed by J.C. Chandor; and Producer on Listen Up Philip, starring Elisabeth Moss and Jason Schwartzman, and directed by Alex Ross Perry, slated for a… Show more 2014 release. Past film and television projects he has produced include Margin Call, a drama starring Kevin Spacey, Stanley Tucci, Paul Bettany, Simon Baker, and Jeremy Irons, written and directed by Chandor (nominated for Best Original Screenplay Academy Award in 2011); Billy Strayhorn: Lush Life, directed by Robert Levi; And Everything Is Going Fine, a film featuring the life of Spalding Gray, directed by Steven Soderbergh; No Joking, a half-hour special for the Sundance Channel, celebrating the posthumous pardon of Lenny Bruce, directed by Bob Balaban; and Old Joy and Wendy and Lucy, both directed by Kelly Reichert. Show less

Other ITVS Films
The United States of Poetry

Rebecca Halbower is a freelance producer; Playwright: From Page to Stage is her second project with film director Robert Levi. She was Associate Producer on Levi's Billy Strayhorn: Lush Life, also for Independent Lens, which was the first film in television history to win the Best Documentary Emmy, a Peabody Award, and the Writers Guild Best… Show more Documentary Screenplay Award. Prior to documentary producing, she worked in commercial production at Charlex, Inc., a leading production, design, and animation facility in New York City. Her first job in television was as researcher/writer for feature film and television producer and talk show host, David Susskind. She is a graduate of Vanderbilt University and SMU School of Law. Show less

Playwright: From Page to Stage is a cinema vérité documentary that takes an intimate look at the development of two new plays, showing how creative teams are assembled and collaborate, detailing everything from the intense rehearsal process to achieving one of theater's ultimate goals: the arrival on a Broadway stage in New York City.

The film follows two young playwrights, Rajiv Joseph and Tarell McCraney, as they burst onto the scene, bringing real-world perspective to create theater that is fresh and new. Their success ignites tremendous interest in their work, and we follow as one of the plays, Bengal Tiger at the Baghdad Zoo, reaches Broadway, with Robin Williams in the lead role of The Tiger.

Along the way, we learn about both playwrights through their individual back stories. Before deciding to write plays, Rajiv Joseph, an Indian American from Cleveland, traveled to Africa after college for a three-year stint in the Peace Corps. Raised in Miami’s inner city, Tarell McCraney also has an unlikely background for a career in theater: as we start our journey, he’s under 30, grew up below the poverty line, and is black and gay.

Through extraordinary backstage access, Playwright shows how these works, depicting compelling diversity and gender themes, have the power to influence and impact both mainstream and underserved audiences of all ages.