The Silence of Others

After decades of silence, survivors of Spain's 40-year dictatorship confront the perpetrators of brutal crimes. 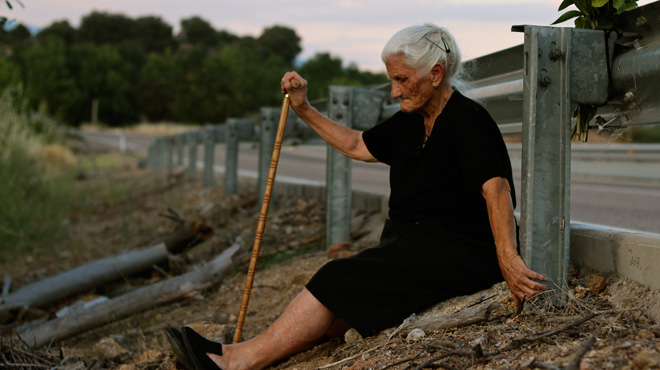 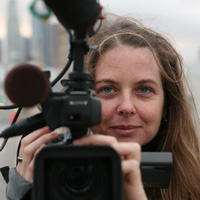 Almudena Carracedo along with Robert Bahar directed Made in L.A., a feature documentary that tells the story of three immigrant women’s transformation as they fight for their rights in Los Angeles garment factories. The film premiered on PBS’s P.O.V. series in a co-presentation with Latino Public Broadcasting and won numerous awards, including an… Show more Emmy, the Henry Hampton Award and the Hillman Prize for Broadcast Journalism. Made in L.A. screened internationally at 85 film festivals and was the subject of an innovative community engagement campaign that led to more than 600 community and faith-based screenings that reached 30,000 people directly, in addition to the nearly two million people who viewed it on television. Prior to Made in L.A., Almudena directed the short documentary Welcome, A Docu-Journey of Impressions, which won the Sterling Award at Silverdocs. Born and raised in Madrid, Spain, she is a 2012 Creative Capital Fellow, a 2012 Sundance Time Warner Documentary Fellow, a 2010 United States Artists Fellow and the recipient of the ESTELA Award from the National Association of Latino Independent Producers (NALIP). She was recently honored by Illinois Wesleyan University with a Doctor of Humane Letters, honoris causa, in recognition of her work. She has served on IFP’s Advisory Board and has been a mentor at NALIP’s “Doing Your Doc” series. In addition, she has served as a juror at several film festivals, including Silverdocs and Santiago's International Documentary Festival in Chile, and currently teaches documentary at NYU Madrid. Show less

Other ITVS Films
Made in L.A. 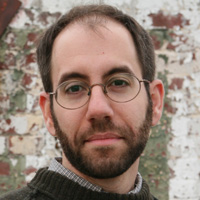 Robert Bahar co-directed Made in L.A., a feature documentary that tells the story of three immigrant women’s transformation as they fight for their rights in Los Angeles garment factories. The film premiered on PBS’s P.O.V. series in a co-presentation with Latino Public Broadcasting and won numerous awards including an Emmy, the Henry Hampton Award and… Show more the Hillman Prize for Broadcast Journalism. Before Made in L.A., Robert directed and produced the documentary Laid to Waste, and line-produced and production managed several independent films including Diary of a City Priest which premiered at Sundance, and Pittsburgh, starring Jeff Goldblum, which premiered at Tribeca. Robert is a 2012 Creative Capital Fellow who has served on the Board of the International Documentary Association and he co-founded Doculink, an online community of 4,000 documentary-makers. Robert has guest lectured at USC, UCLA, Columbia, and the Jacob Burns Film Center, among others, and currently teaches documentary at NYU Madrid. He holds an M.F.A. from USC’s Peter Stark Producing Program, which he attended on a Jacob K. Javits Fellowship. Show less

Other ITVS Films
Made in L.A.

The Silence of Others captures the first attempt in 77 years to prosecute crimes of Spain’s 40-year dictatorship under General Franco (1939-1975). In a groundbreaking international court case, victims of re-education camps, child abduction, torture, and extra-judicial killings have come together to break their silence and confront perpetrators who, unbeknownst to much of the world, have enjoyed impunity for decades. Through the compelling contemporary story of the case and the personal journeys of several of its plaintiffs, The Silence of Others explores the shadows the past still casts upon the present in Spain. What happens when a country is forced to reckon with its history after many years of silence? What happens to those who have endured – and then dare to break – such silence? Can justice really be done after so long?