Baron Walker was one of 3,000 Wisconsin inmates trapped by a changed legal system. His eventual release sparks hope for other incarcerated people and activists. 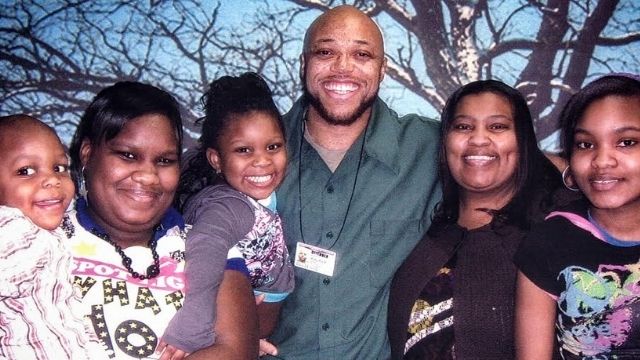 Keith McQuirter is an award winning producer and director with credits in TV documentary, digital media and commercials. Recently, he produced three episodes of the nine-part docu-series "The Innocence Files" for Netflix. He directed and produced the documentary "MILWAUKEE 53206" that aired on WORLD Channel’s America ReFramed and won Best Feature… Show more Documentary at the 2017 Urbanworld Film Festival. Keith co-produced the Peabody Award winning and Prime Time Emmy nominated docu-series "Brick City" for the Sundance Channel. Keith studied film and television production at New York University Tisch School of the Arts where he was awarded the Martin Scorsese Young Filmmaker Award. His production company Decoder Media is based in New York City. Show less

Wisconsin upended the lives of more than 3,000 incarcerated people and their families when it decided to rewrite the rules on parole in 1999. The 3,000 Project shines a light on the parole debate in a state with one of the highest incarceration rates in the country, focusing on the stories of men and women caught in the system's purgatory. When Baron Walker went to prison for bank robbery in 1996, he believed that after serving at least 25% of his 60-year sentence with good behavior he would be eligible for parole like so many people convicted of violent crimes before him. But less than a decade into his sentence, Walker became one of the stranded 3,000. After a hard-fought battle with the help of a prominent Milwaukee defense attorney, the courts granted a sentence modification, and Baron walked out of prison after 23 years. His release electrified the state and local media and reignited calls for the state to review the cases of all people still in limbo. The activists' argument rests on restoring the intent of the original sentencing judges. From the streets of Milwaukee to the offices of state legislators in Madison, prisoners’ families and their allies are pressuring Wisconsin’s decision makers to revisit the sentencing law–and the 3,000 stranded people in prison.