The Great World of Gregory Blackstock 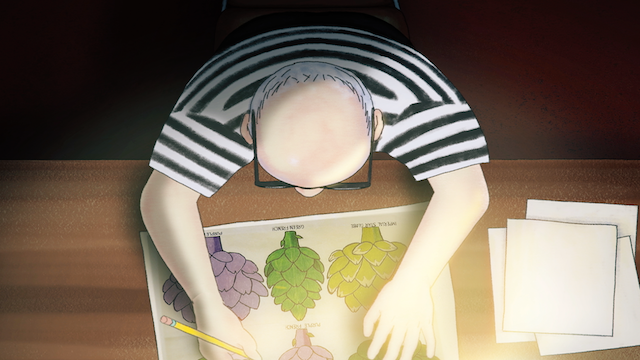 Drew Christie is an award-winning animator and filmmaker. His animations have been featured in The Criterion Collection, The New York Times, Sundance TV, HBO, and the Sundance Film Festival. He lives on an island in Washington State.

When Gregory Blackstock was born in Seattle, Washington in 1946, “autistic” was not a term that doctors used. Yet it was clear from a very early age that Gregory processed the world around him differently and communication was challenging. After working with specialists and even spending time in an institution, a diagnosis was finally developed that suited Gregory’s particular way of interacting with the world: Autistic Savant. In time Gregory adapted to lead a relatively independent life, living on his own and working for decades as a dishwasher in one of Seattle’s upscale athletic clubs. All the while he kept a delightful secret.

From an early age, Gregory excelled at drawing. When he was 20 years old, the Seattle Times published a photo of Gregory holding one of his earliest drawings entitled, “The Great Caped Crusaders,”  featuring Batman and Batgirl surrounded by their iconic Bam! Wham! Zing! sound effects. While he received accolades for his artistic attention to detail when the article ran in the 1960s, the true breadth of Gregory’s talent wasn’t brought to public light until 2003, when he showed art gallery owners, whom his cousin Dorothy had contacted, hundreds of drawings haphazardly stored in his closet. Through his drawings, Gregory obsessively catalogs the world around him in particular and intricate categories that range from “Super Red Hot World Peppers” to “Art Supplies” to “The Great World Penguins.” Though not an art critic, Dorothy is dazzled by his skill and creative flair; she is confident that the singular vision embodied by his work should grace the walls of galleries rather than cluttering the corners of his home. Much to her delight, gallery owners and art dealers have agreed. Advocating alongside her cousin, they have brought his art to a broad audience eager to embrace Gregory’s genius.