After a violent confrontation in the Indiana woods goes viral, the white perpetrators and black victim look to resolve the case outside of the criminal court system. 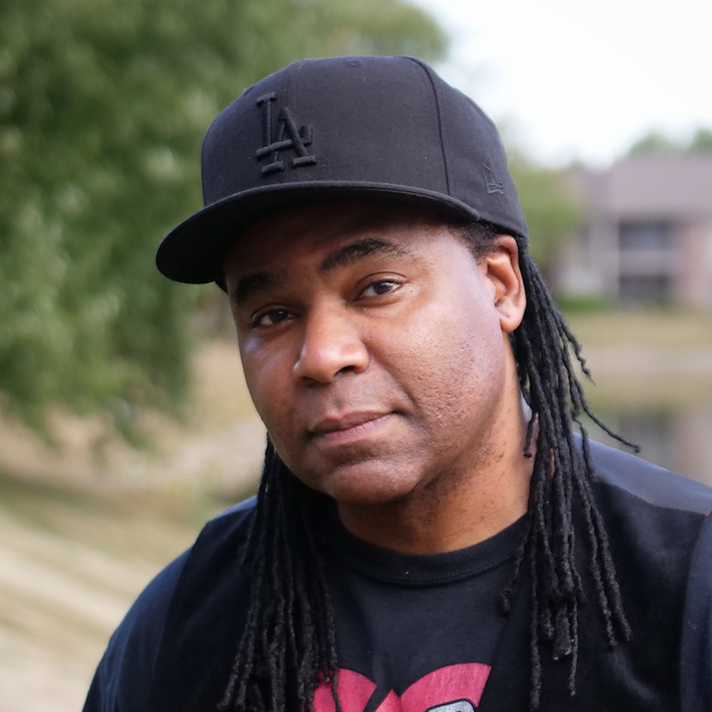 Don Sawyer founded A Bigger Vision Films in 2014. His film Under the Bridge: The Criminalization of Homelessness won the Best Hoosier Lens award at the Indy Film Fest and screened at the Chicago International Social Change Film Festival. Don was the coordinating producer for the ReelzChannel series How to Survive a Murder.

Vauhxx Booker is a Black community activist in Bloomington, the seat of rural Monroe County in Southern Indiana and the home of Indiana University. On July 4th, 2020, Booker went camping with friends at nearby Lake Monroe. As they hiked to the campsite, the group was confronted by Sean Purdy, a white man who said they were on private property and insisted on escorting them to a public area. Hours later, after hearing of additional harassment experienced by his other friends, Booker—who had recently been trained in conflict mediation—decided to go back to confront Purdy.

Cell phone footage shows what happened next: Booker is pinned against a tree by Purdy and another man, Jerry Cox, as friends beg for him to be let go. Booker's friends also claim to have heard racist language that was not caught on tape. Purdy and Cox eventually let Booker go, and when the footage is published soon after, the story makes national headlines in a summer of simmering racial tension. The Monroe County prosecutor files several charges against Purdy and Cox, including criminal confinement and battery resulting in injury. Purdy's attorney, David Hennessy, claims that it was Booker who instigated the incident, and denies the allegations of racism.

Featuring interviews with Booker and his friends, his attorney, and David Hennessy, Trouble at Lake Monroe takes a look at the aftermath of this viral incident and concludes with both parties considering how a restorative justice model rather than the criminal court system may provide resolution.