Women officers seek gender equity in Minneapolis, redefining what it means to protect and serve. Then a fatal shooting imperils their gains. 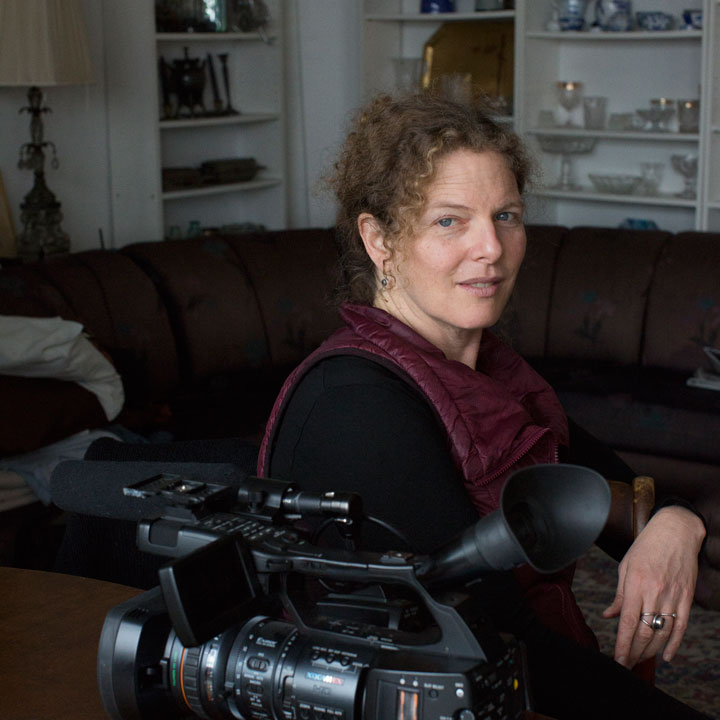 Deirdre Fishel is an independent filmmaker of both documentaries and dramas. Her films have premiered in competition at Sundance and SXSW and been broadcast in 35 countries worldwide. Her documentary Still Doing It: The Intimate Lives of Women Over 65 was also expanded into a book co-written with producer Diana Holtzberg. Recent projects include a web… Show more documentary Suicide On Campus, produced in conjunction with The New York Times Magazine, and a transmedia project, The Boy Game. Deirdre was a directing fellow at the American Film Institute and has an MFA from Hunter College. She is an Associate Professor of Media & Communication Arts at The City College of New York. Show less

Levison is an Emmy and Peabody-winning independent producer in NYC. Her most recently produced film, WOMEN IN BLUE, about gender, race and violence in America through the eyes of female police officers with the Minneapolis Police Department, is being shown as a “Work in Progress” at AFI DOCS 2020. That film will broadcast on Independent Lens in 2021. MADE IN BOISE,… Show more premiered at AFI DOCS 2019, was the series opener of Independent Lens’ 2019/2020 season, and is currently available internationally. Previously produced projects include the Emmy-nominated Personal Statement (PBS 2018) and 32 Pills: My Sister’s Suicide (HBO 2017). Levison is a co-founder of the Documentary Producers Alliance, faculty with SVA’s MFA program in Social Documentary Film, and a member of the Academy of Motion Picture Arts and Sciences. Show less

Minneapolis Police Department Chief Janée Harteau, the department’s first female chief, works to remake the MPD by getting rid of corrupt police officers, re-training the rest, and demanding accountability. As part of her reform efforts, she also recruits more women and promotes them into leadership at every level. Women in Blue follows three of these police women from different ranks, each committed to reimagining their profession. Cmdr. Melissa Chiodo, tapped by Harteau to be the first woman head of Special Crimes, handling domestic violence and sexual offenses; Sgt. Alice White—who grew up in a black neighborhood suspicious of the police—now leads procedural justice trainings, teaching cops fairness and respect; and rookie Officer Erin Grabosky who, at 22, navigates a night patrol of bar fights, suicide attempts, and domestic violence.

When the fatal shooting of an unarmed woman by a police officer stuns the city, Chief Harteau is forced to resign. The new male chief appoints only men to his top brass, threatening the gains in women represented on the force. With a city already on edge over police misconduct, the women of the MPD fight for gender equity, convinced that it’s one key to reducing police violence.